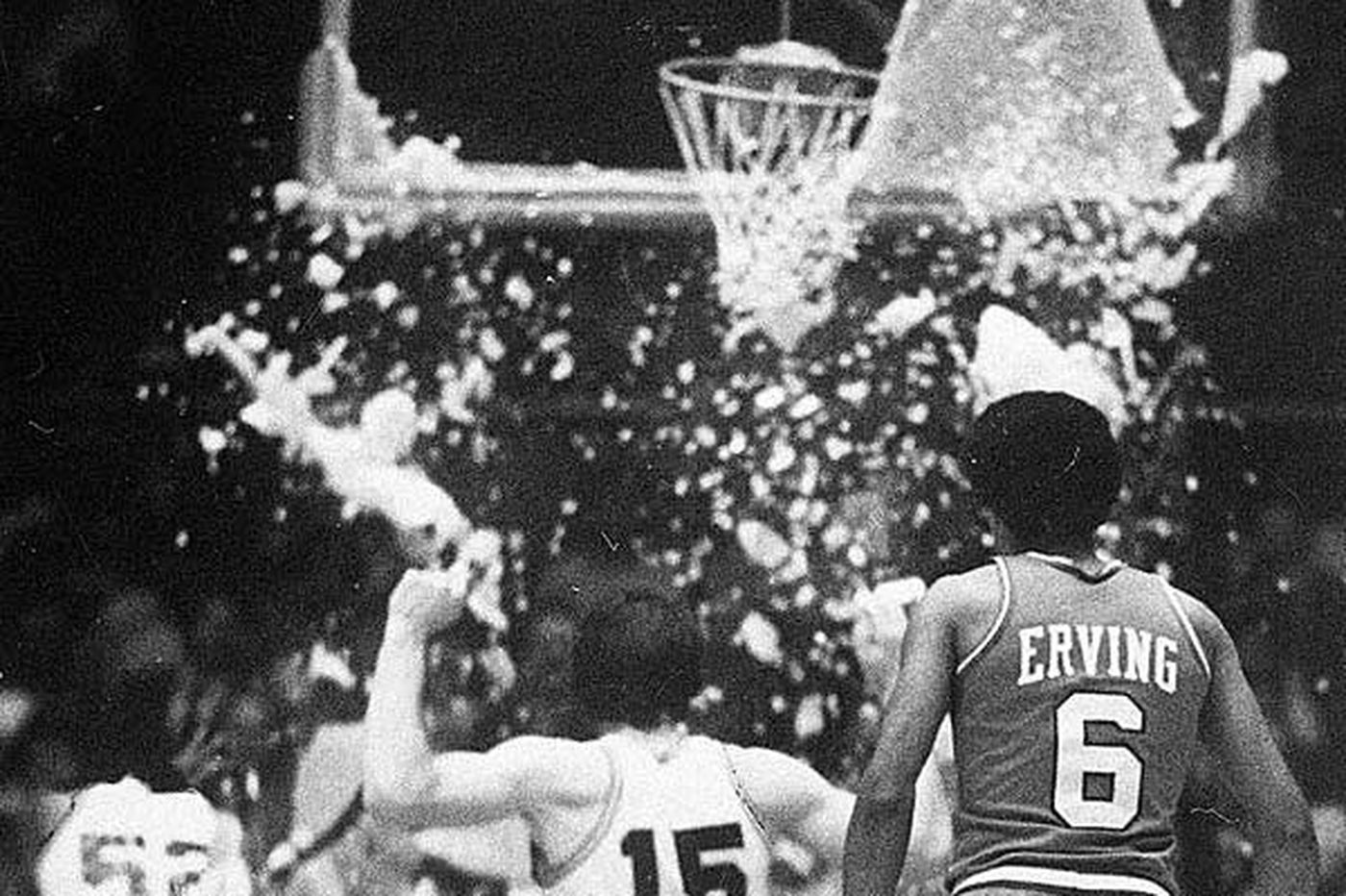 Remembrance Of Things Past- November 13, 1979- Darryl Dawkins aka “Chocolate Thunder”- breaks the backboard with a monster dunk. This was the days before ESPN and Sportscenter- but it didn’t take long for this highlight to hit all the television news sports updates. Darryl Dawkins of the Philadelphia 76ers was a pioneer- in 1975 he became one of the first high school players to from high school to the NBA-skipping college. He was the 5th overall pick by the Philadelphia 76ers. He was signed to a 7 year $1 million dollar contract which at the time seemed like all the money in the world for a basketball player to be paid. Dawkins was a huge young man 6’11 250. He would play in the NBA from 1975-89. Overall he was a decent player but never developed into a star. He is best remembered for his dunking. He would give his dunks names-and himself nicknames- although it was Stevie Wonder who gave him the nickname “Chocolate Thunder.” In 1979 he shattered the backboard rim twice- which led the NBA to adopt breakaway rims. The first time he shattered the rim- was on November 13, 1979- the highlight film below. The game was held up for an hour and a half while the backboard was being replaced. This dunk was named “The Chocolate-Thunder-Flying, Robinzine-Crying, Teeth-Shaking, Glass-Breaking, Rump-Roasting, Bun-Toasting, Wham-Bam, Glass-Breaker-I-Am-Jam.”

One response to “REMEMBRANCE OF THINGS PAST: DARRYL DAWKINS SHATTERS THE BACKBOARD”