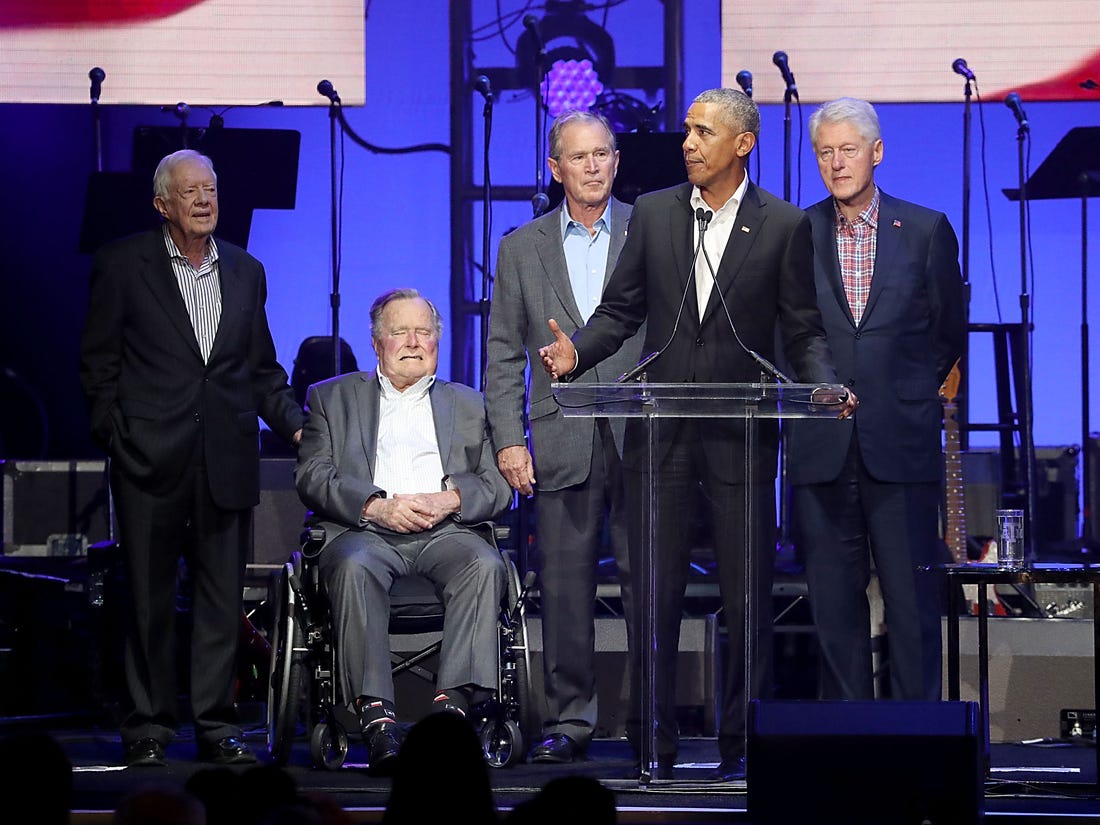 1. Who was the first POTUS born west of the Mississippi River?

2. Which POTUS has made the most visits to Camp David- this president made 189 trips there.

3. Which two POTUS actually died in The White House?

4. Which POTUS is the only one to have a woman administer the oath of office?

5.Who is the only POTUS who after his presidency was elected to the U.S. Senate?