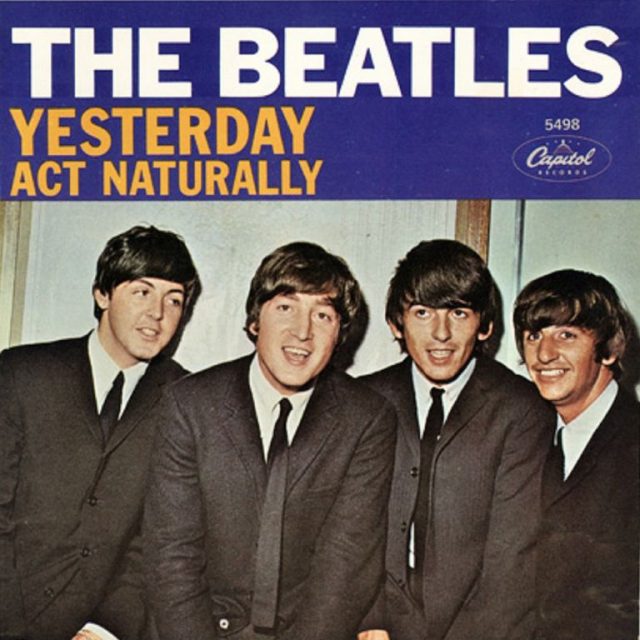 “Yesterday” while credited as Lennon-McCartney- was all Paul McCartney. “Yesterday” is on The Beatles “Help!” album. “Yesterday” is the most famous song by The Beatles. Paul woke up one morning with the tune for “Yesterday” in his head. He went to the piano and started to play it. For a while Paul was afraid that he had subconsciously stole the song but when he went to people like George Martin and they didn’t recognize it he felt better about it.  The original name for the song was “Scrambled Eggs” “Scrambled Eggs, oh you’ve got such lovely legs” The song lyrics took a little longer to work out. None of the other Beatles had anything to do with the recording of “Yesterday”and George Martin pulled Beatles manager Brian Epstein aside and suggested it be released as a Paul McCartney solo single. That didn’t go down well with Epstein and it was released under The Beatles.