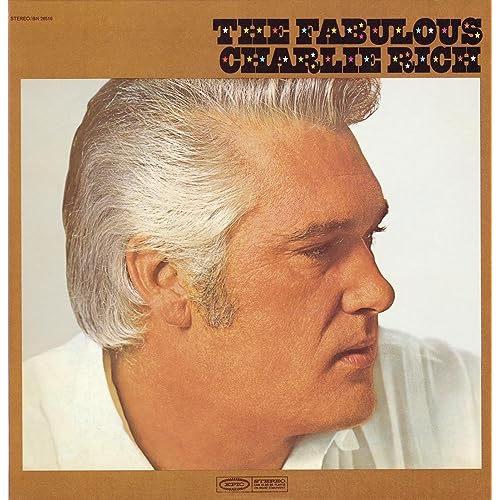 “The Silver Fox”-Charlie Rich was born in 1932 in Colt, Arkansas. His career began in the late 50’s at the legendary Sun Studio. Over the years his music covered all genres which kind of hurt him commercially. It wouldn’t be until the early 70’s that he finally hit it big- and for all the great music he did in the 50’s and 60’s that went ignored on the charts- the music he is most remembered for is without doubt the weak spot in his career artistically. But I give him a pass- after all those years it was good to see him finally have great commercial success- even if it were rather easy listening countrypolitan music- the “Behind Closed Doors”- the “Most Beautiful Girl In The World” era. He was just beginning to enter that time in his career at this point.  Overall he had 13 Hot 100 hits with 8 making the Top 40. He had 45 country hits from 1968-81. His biggest hit was “The Most Beautiful Girl”- #1 in 1973. Charlie Rich died in 1995 at the age of 62.