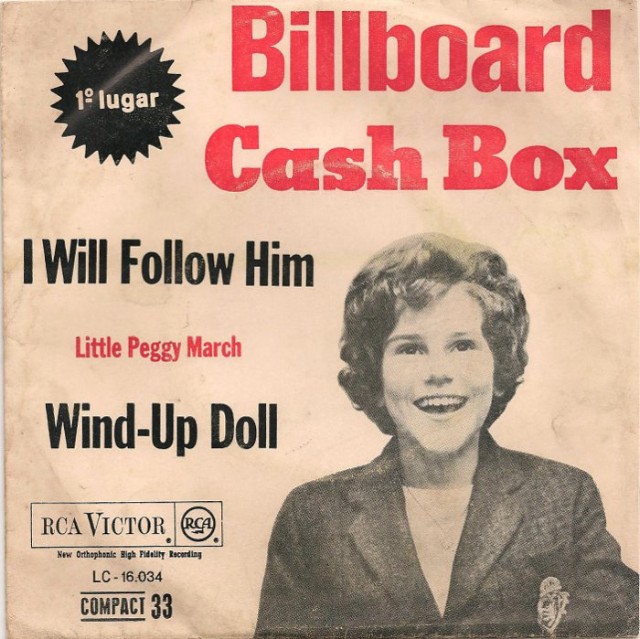 Little Peggy March still holds the record for the youngest female to hit #1- she was 14 years old when “I Will Follow Him” went to #1 in the spring of 1963.She also became the first white female solo artist to top the R&B charts.”I Will Follow Him” began life as a French instrumental in 1961. Petula Clark covered  the song singing a version with the original French lyrics before Little Peggy March recorded it.

Little Peggy March was born Margaret Annamarie Battavio in Lansdale, Pennsylvania in 1948. She was discovered when singing at a cousins wedding at age 13- and directed to producers Hugo and Luigi. “I Will Follow Him” was by far her biggest hit-she only had 2 other Top 40 hits- both of them also in 1963. When turning eighteen she found that her manager Russell Smith  had blown all the money that ” I Will Follow Him” had made her- leaving her only $500. Little Peggy March’s career continued -she has been more popular in Europe than in the U.S. She is 71 today and still active.