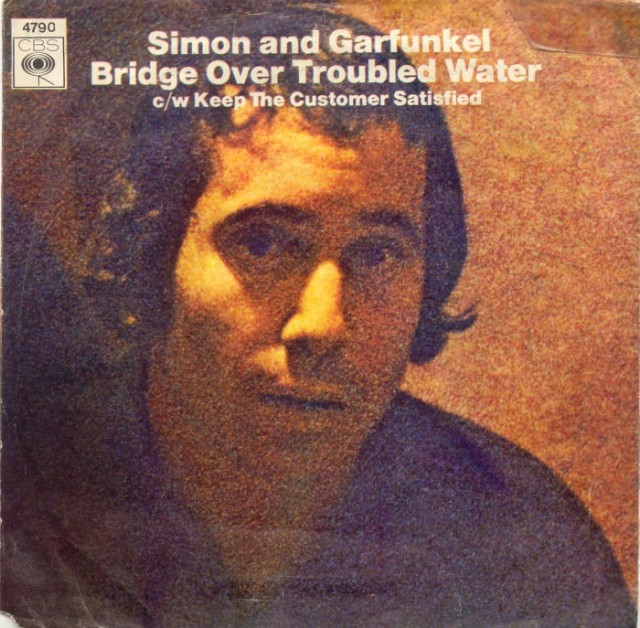 Every Billboard Hot 100 Single 1970- #52: “Bridge Over Troubled Water”- Simon And Garfunkel. The highest debuting single for the week of February 7, 1970. This would turn out to be a very good week for debut singles into the Hot 100- 9 of the 16 singles from this week made it into the Top 40 most of them were very successful.

“Bridge Over Troubled Water” is one of the iconic songs of the entire era. Written by Paul Simon and sung by Artie Garfunkel. Paul Simon over the last fifty years has had a big regret-that possibly the greatest song he ever wrote- he wrote and gave it to someone else to sing. On his farewell tour in 2018 he would introduce “Bridge Over Troubled Water” by saying that he was reclaiming his lost child. Oddly when he wrote it he wrote it with Art’s voice in mind but Garfunkel didn’t agree- he liked the way Paul sang the song in the demo and thought that Paul should be the one singing it. Having heard Paul sing the song and of course having heard Artie sing it a million times- I think they made the right choice- it was a perfect song for Art Garfunkel to sing. During concerts Simon when “Bridge” was played Paul would stand on the edge of the stage and stew over the fact that his greatest song was being sung by someone else. Those two certainly have had a complicated relationship over the decades.

“Bridge Over Troubled Water” won the Grammy Award for both Record Of The Year and Song Of The Year. Rolling Stone Magazine ranked it at #48 on their 500 Greatest Songs Ever list. It has been a heavily covered song over the years but not even Aretha Franklin can top the original version.