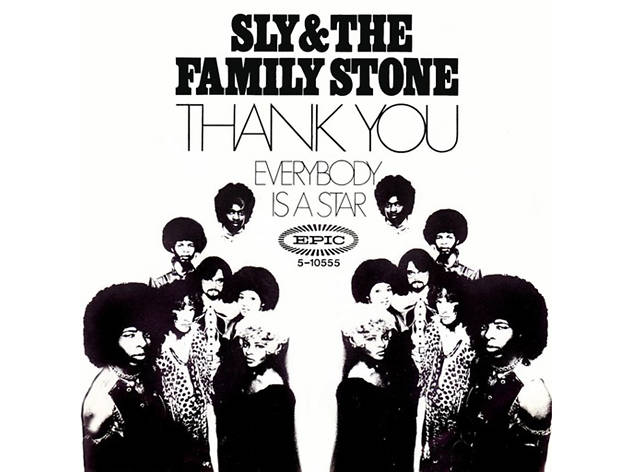 “Thank You” and “Everybody Is A Star” originally was going to be an album that Sly and The Family Stone was working on but that was never completed – but along with “Hot Fun In The Summertime” ended being tacked onto Sly and The Family Stone’s Greatest Hits. After a 20 month gap between studio albums “Family Affair” was finally released in late 1971. Today of course a band releasing albums 20 months apart would be considered quick- back then it was a long.

In “Thank You” in the third verse there are references to past Sly and The Family Stone hits- “Dance To The Music”, Everyday People”, “Sing A Simple Song” and “You Can Make It If You Try.” Also on “Thank You’- the songs vocals are shared by Sly, his siblings Rose and Freddie Stone, Cynthia Robinson, Jerry Martini, Greg Errico and Larry Graham. On “Everybody Is A Star”- the vocals are shared by Sly, Rose and Freddie Stone and Larry Graham.