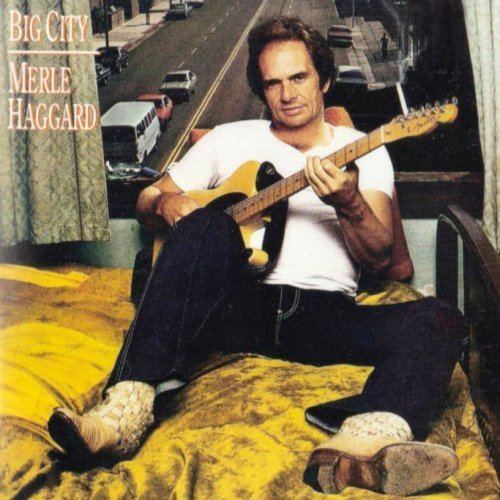 Three Chords And The Truth: Essential Country Music Songs: “Big City”- Merle Haggard. There are a number of country artists whose music I love- a top ten would include the likes of The Hillbilly Shakespeare- Hank Williams, Bill Monroe, Johnny Cash, Buck Owens, Waylon, Willie, George Jones, Lefty Frizzell to run off a few names- but resting at #1 without question is Merle Haggard.  My favorite Merle period would be from the mid 60’s to mid 70’s- but there are great song Merle songs throughout his career.

Merle was still rolling pretty good in the 80’s- he had a baker’s dozen of#1 hits from 1980- to 1987 before country music radio turned their back on a lot of older artists like Merle. “Big City” would be my favorite Merle 1980’s single- it was written by Merle and Dean Holloway- who was his tour bus driver- it was inspired by a remark Holloway made. After recording a couple days in LA- Merle went to the bus and asked Holloway how he was doing and Holloway responded “I hate this place. I”m tired of this dirty old city.” Inspiration struck and Merle started writing. He would ask Holloway where he would rather be  to which Holloway replied “”If it were up to me, it’d be somewhere in the middle of damn Montana.” “Somewhere in the middle of Montana” became part of the chorus. Merle then rushed back into the studio told the musicians to unpack their instruments- they had one more song to record- and they did on one take. Merle gave Holloway half song writing credit and it would earn the bus driver over half a million dollars in royalties.