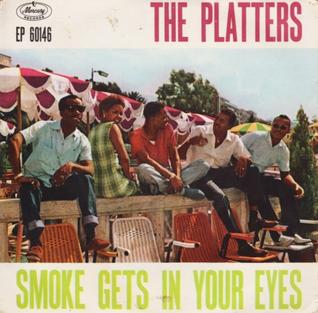 “Smoke Gets In Your Eye” was written back in 1933 for the musical Roberta. Sung during the play by Tamara Drasin. It was first recorded by Gertrude Niesen- and the orchestral direction from Frank Sinatra’s second cousin Ray Sinatra. The most well known version of the song is this single by The Platters which went to #1- it also went to #1 in the UK singles chart where it spent 20 weeks on the chart. Buck Ram the producer said that one of the writers Otto Harbach liked the recording but the widow of Jerome Kern the other writer hated it so much she considered suing to prevent its distribution. I am sure she accepted the money she had coming in though from the royalties.