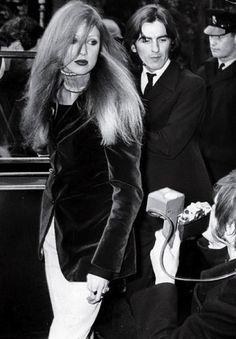 It was fifty years ago today- Monday March 31st, 1969- A busy day for news about The Beatles. In London- George Harrison and his wife Pattie both pleaded guilty to possession of cannabis resin at Esher and Walton Magistrates’ Court, and were fined 25o pounds each plus 10 guineas costs. 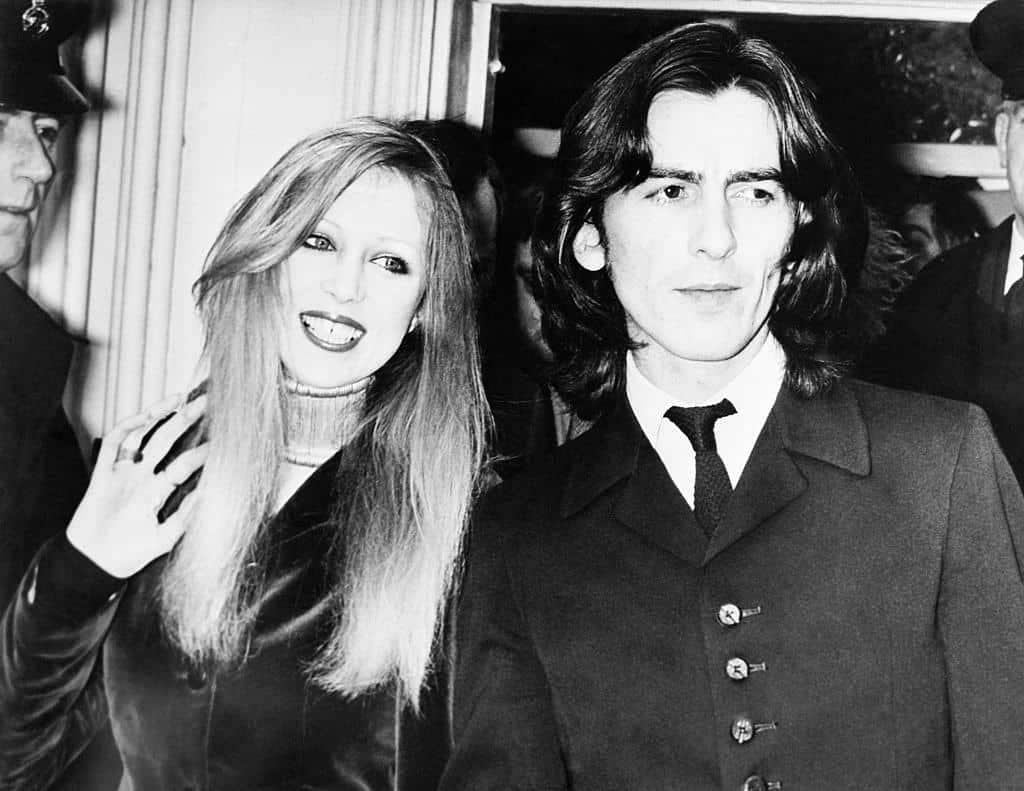 Meanwhile on a less serious note- John and Yoko were continuing their honeymoon-with a press conference to discuss their new thing- bagism. Those two crazy kids.

The following is from The Beatles Ultimate Experience and Beatlesinterviews.org.

On March 31st 1969, John Lennon and Yoko Ono gave a press conference at the Sacher Hotel in Vienna, Austria. This was the first announcement of ‘Bagism,’ which they describe as “total communication.”

It occured to the Lennons during their Bed-in for Peace event in Amsterdam that some people tended to automatically write-off the younger generation, and realized that perhaps even the Lennons’ own general hippy appearance might likely close certain people’s minds to their peace message.

The concept of Bagism might be summed up in this way: By removing the obsticle of prejudging someone according to the length of their hair or the color of their skin, certain people might be more inclined to take the words and ideas of others more seriously. Hence, total communication.

Effectively making this point in their usual disarmingly-humorous way, John and Yoko gave this entire press conference from the inside of a bag. They could not be seen, only heard.

During the press conference, John makes mention of “plugging the film.” This is in reference to ‘Honeymoon,’ a short documentary of John and Yoko’s Bed-in for Peace, which aired on Austrian television later that evening.

The Bagism press conference in Vienna is immortalized within the lyrics of the Beatles’ 1969 hit single, The Ballad of John and Yoko.

JOHN: “Because this is a Bag event. Total communication.”

Q: “What is total communication? An invention of John Lennon and Yoko Ono, or is it…”

JOHN: “No, no. It exists. We’re showing you one example of total communication.”

Q: “If you could change two things with your face, what would it be?”

JOHN: “I’ve no idea. Never thought of that.”

Q: “Do you think you’re beautiful?”

JOHN: “This is another peace protest, by the way.”

Q: “What was the special reason to come to Vienna?”

JOHN: “One of the reasons was because we have a film we made on TV tonight at 10:30, or something. And we thought we’d combine that by plugging the film a bit and also plug peace a bit from this bag.”

YOKO: “This is the first announcement to the world of Bagism.”

YOKO: “We decided to make an anouncement of Bagism in Vienna.”

JOHN: “Because when we were in Amsterdam doing Bed Peace, halfway through the week we sort of realized a tag to put on what we’re doing which makes it easier for us and you to recognize what we’re doing, by calling it Bagism. That means, if we have something to say or anybody has something to say, they can communicate from one room to another, and not confuse you with what color your skin is, or how long your hair’s grown, or how many pimples you’ve got.”

JOHN: “It’s not important! It’s only what I say that we’re here for.”

YOKO: “We can still communicate.”

JOHN: “Not during this press conference, no.”

Q: “How could you prove that you are John Lennon?”

JOHN: “I don’t have to. I’m here just to talk about peace. It doesn’t matter who I am.”

Q: “Are you the ghost of John Lennon?”

Q: “Would you come out if we gave you Sachertorte?”

JOHN: “We’re not coming out for the conference, no. But we’ll be out for chocolate cake later.”

Q: “Do you wish to make any statement about the film you are going to show tonight on Austrian television? What it is about and why did you make it?”

YOKO: “I think the film itself would explain. And I think that it’s very important that we’re communicating now just by words. We are making a total communication without thinking, as John said, about what sort of face you have or what sort of taste you have in your clothes, etcetera. And those things usually disturb and lock the mind of people, and they can’t communicate totally.”

Q: “If you could send anybody to hell out of show business, who would it be?”

JOHN: “I wouldn’t send anybody there willingly.”

JOHN: “I really wouldn’t wish it on anybody.”

Q: “How about this statement Ringo Starr made that you’re never going to appear in public again?”

JOHN: “All the Beatles made that statement two years ago, but I can say I prefer the Beatles to come out of their bag, as it were, and do another tour. But I have to talk to Ringo about that and see how he feels, you know. Two years ago we had, and then a few months back I think it was probably when Ringo was making a film that George, Paul and I were discussing whether to come out on the road again, and we sort of were inclined to come out if we could get some groovy show together. Maybe take Apple on the road or something. And I think perhaps it was a lack of communication between us and Ringo, there.”

Q: “Is it only Ringo who has the lack of communication?”

JOHN: “No, he was making a film, you know. He was in Twickenham and we were just remixing the tracks we’d done. And we were just chatting, like, off the cuff. And so when they went to talk to Ringo, he hadn’t even been aware of the chat we’d had, you know.”

Q: “Is it true that you said once you would appear free in a concert in Vienna if it would be in the Opera House?”

Q: “Would you appear for anything free?”

JOHN: “It depends what it was. The Beatles have done many charity shows. I appeared free in Amsterdam Hotel for peace, for seven days.”

Q: “There only was peace in the room, not outside.”

JOHN: “The peace was in our minds, really. I mean, we did seven days press conference for peace in which we donated one week of our two week holiday for world peace. Now a lot of cynics have said, oh, it’s easy to sit in bed for seven days. But I’d like some of them to try it, and talk for seven days about peace. All we’re saying is give peace a chance.”

Q: “Could you give me an example for anything you’ve changed with this action?”

JOHN: “I couldn’t give you a concrete example, except for a few good cartoons that came out of it and good few reactions from readers’ letters in England that I especially know about. Some old woman that said she’s had the best laugh of her life. If the least we can do is give somebody a laugh, we’re willing to be the world’s clowns, because we think it’s a bit serious at the moment and a bit intellectual. That’s the least we can do, because everybody is talking about peace but nobody does anything about it in a peaceful way. If you donate your holiday instead of just sleeping with your wife and giggling, you might do something about it.”