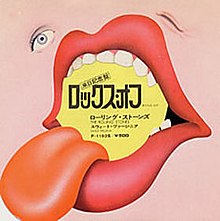 The Rolling Stones Song of the Day is- Rocks Off. Rocks Off is the lead off song on side 1 of The Rolling Stones double album “Exile On Main St.” -which happens to be my favorite album by The Stones. Rocks Off was written by the songwriting team of Mick Jagger and Keith Richards. It is a perfect song to set the tone for the rest of the album. Mick has over the years complained about the production of the album- his vocals are muddled in the mix- not out front- but I – am many others think it is a perfect sounding album. I love the vocals- its not easy to hear what Mick is singing- on some albums that might not work so well but on this it does.  The album was produced by Jimmy Miller who produced all the great classic Rolling Stones period albums- Beggars Banquet, Let It Bleed, Sticky Fingers and Exile On Main St. He also produced Goats Head Soup- the next album- a good but far from great album. Rocks Off was recorded in a house Keith rented on the south of France in the summer/ autumn 1971-as was a lot of the album. Rocks Off is one of my favorite songs on the album. “The sunshine bores the daylights out of me.”