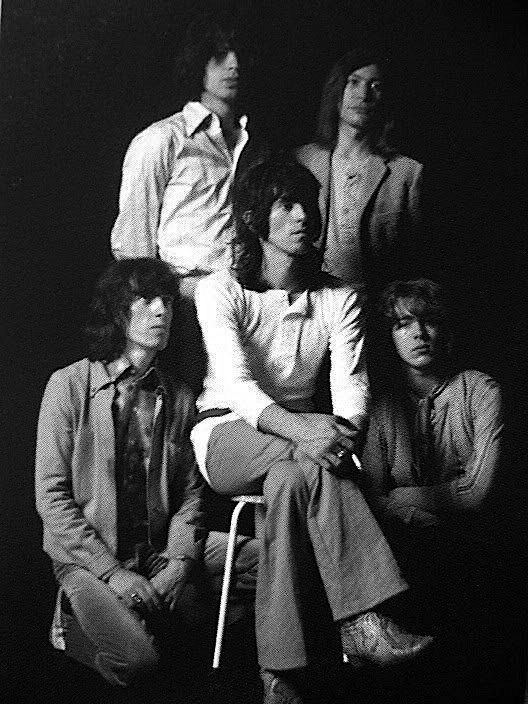 The Rolling Stones Song of the Day is- Moonlight Mile. Written by the songwriting team of Mick Jagger and Keith Richards it is the closing number on The Rolling Stones classic album from 1971 “Sticky Fingers.” The song was actually the result of an all night session between Mick Jagger and Mick Taylor- but the credit as always went to Jagger-Richards- Richards wasn’t even present. Taylor later said he was promised songwriting credit and was surprised when the song was credited to the usual Jagger-Richard. It was Mick Taylor’s idea to add a string arrangement. I like the U2- REM idea of giving the entire band the songwriting credits, I figure that adds a lot to band harmony. Mick and Keith have always been pretty cut throat- all you have to do is see how Mick especially has tried to whitewash Brian Jones from The Rolling Stones picture. Sometimes I expect to see pictures of the old Rolling Stones- resembling the newspaper photos each fall of a local high school football team where they white out the player or two who were in the team photo at the start of practices but have quit the team. Well not really but The Stones do seem to champion the post- Jones era. Which has nothing to do with Moonlight Mile I guess- Moonlight Mile is one of the great Stones ballads without a doubt. A great finish to a great album.