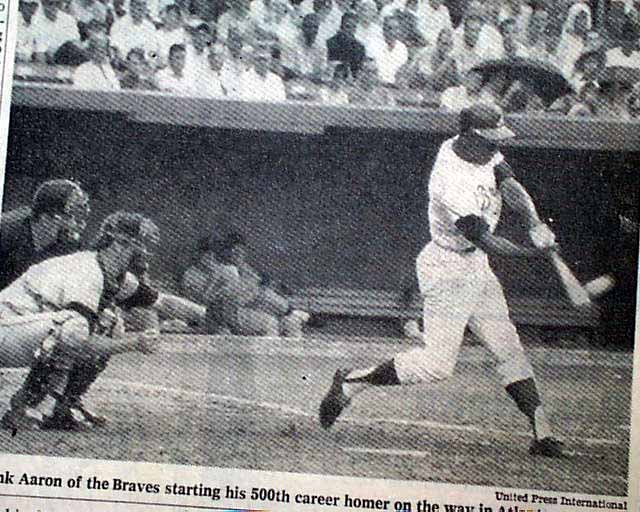 It was fifty years ago today- July 14, 1968- and Bad Henry as he was known to National League pitchers- hit career home run #500 off of San Francisco Giants pitcher Mike McCormick. Aaron was 34 years old at the time and 215 away from breaking the cherished home run record of Babe Ruth #714. Few people at the time seemed to think he’d break the record but Aaron who was one of the most consistent players who ever played just kept on going. In June of 1972 he would pass Willie Mays- the key season for Henry was at age 37 in 1971 when he hit a career high 47. At that point everyone was pretty much on board that Bad Henry was going to do what everyone thought impossible- break the record. In April 1974 he did. He finished his career with 755. His record would stand until Barry Bonds broke it.