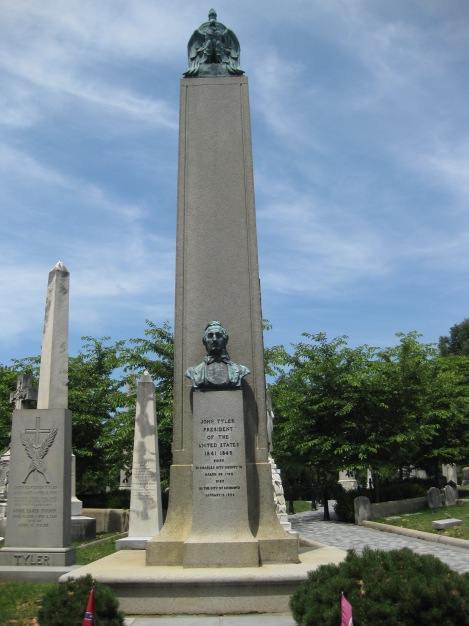 John Tyler was the 10th President of the United States and is known mostly as the first Vice President to become POTUS when a president died. William Henry Harrison died a month into his term in 1841. Tyler is important because of that fact- he was the first and it has happened eight times now. How Tyler reacted was key. How do you view this new president? Harrison’s cabinet looked at him as an accidental president- and they felt they would pretty much run things -telling Tyler what to do, that on issues there would be a vote by the cabinet and Tyler would carry out their wishes. Tyler immediately sent out the message that -it wasn’t going to be that way- that he John Tyler was the POTUS and if they didn’t like it they could all take a hike.

Tyler was very unpopular and after serving out Harrison’s term had no hope for re-election. He went home and in the early 1860’s would serve in the Confederate Congress before dying in 1862 at the age of 71.