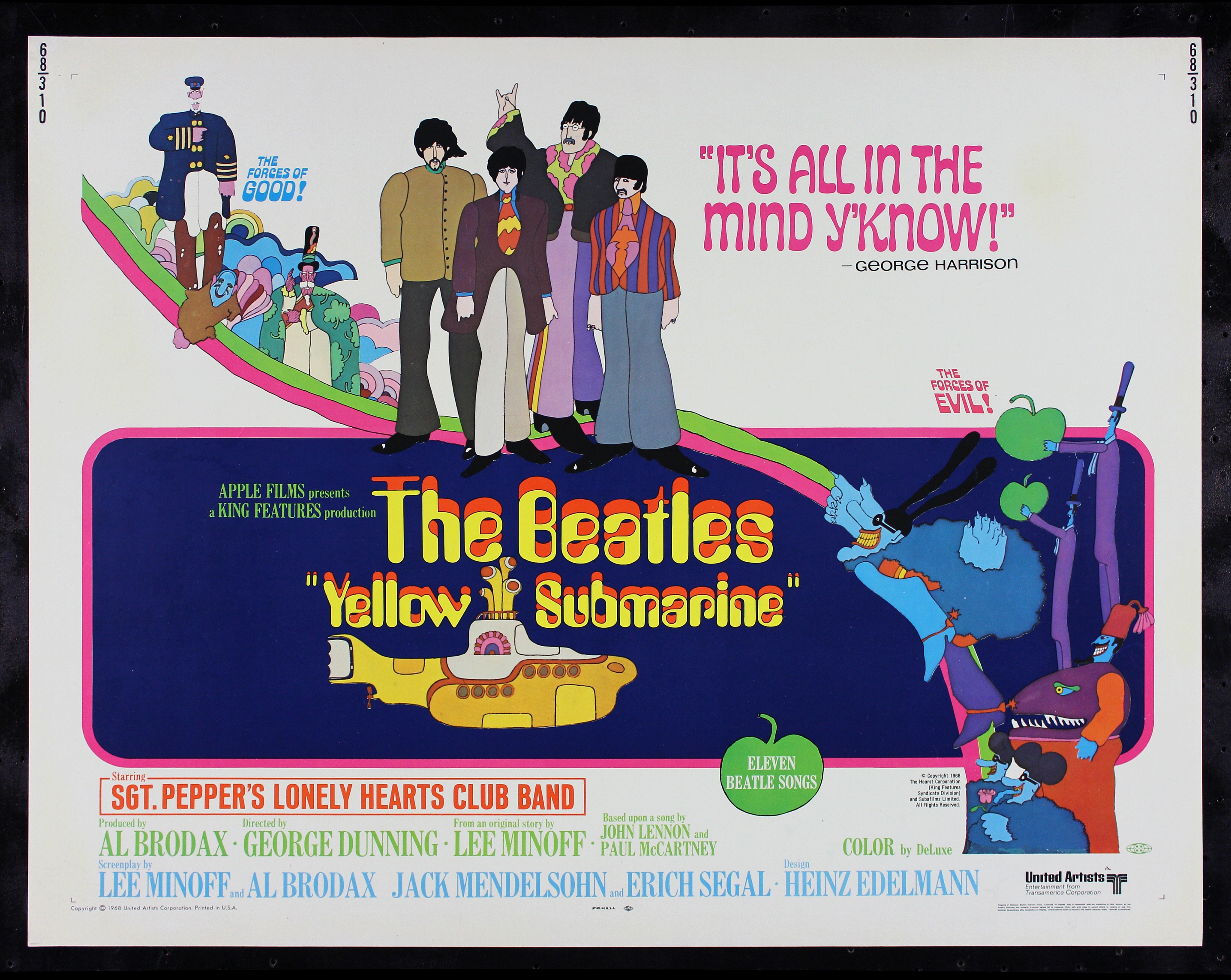 Forty-nine years ago today- on July 17, 1968 The Beatles animated movie “Yellow Submarine” premiered at the London Pavilion on Piccadilly Circus- with all four Beatles appearing. The 87 minute movie was very well received and has endured over the years. The Beatles themselves had to put little effort into the film. The voices were all done by professional voice actors. The Strawberry Fields Forever promotional film that The Beatles made was used for how The Beatles would look in this cartoon. Other than the songs The Beatles only participated in the closing scene of the film. Producer George Dunning and United Artists and Kings Features Syndicate did The Beatles well with this.

In 1995 when the three remaining Beatles at that time gathered to make their Anthology project-they all spoke well of Yellow Submarine-George even considered it a ‘classic.” The movie has over the years helped to keep The Beatles popularity going. It is a fun film.

One response to “THE BEATLES ‘YELLOW SUBMARINE’ MOVIE- PREMIERES IN LONDON- JULY 17, 1968”