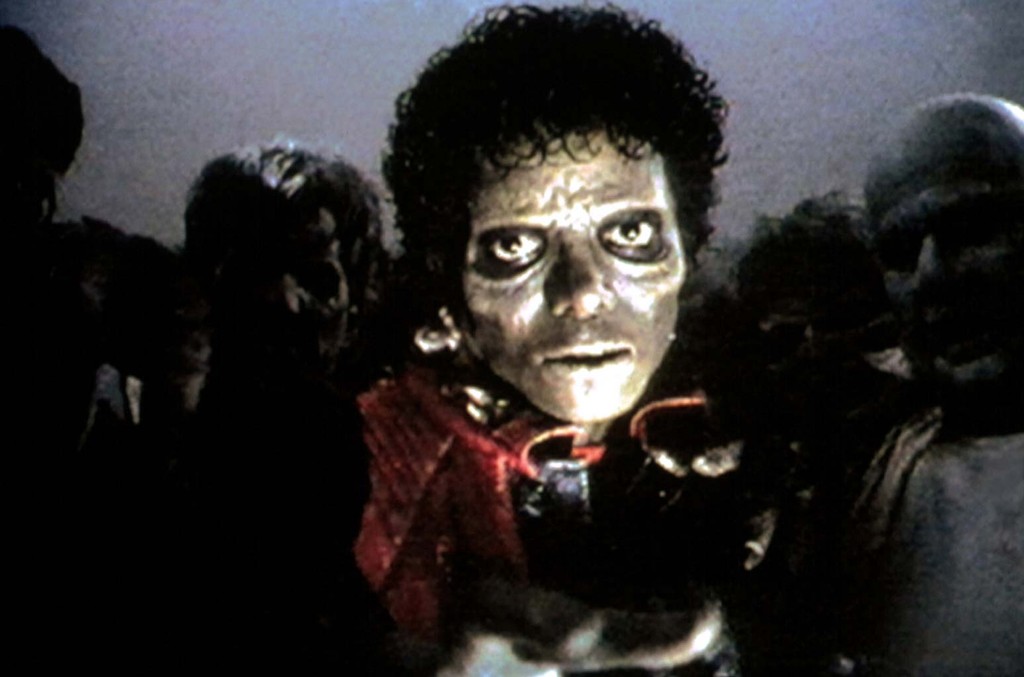 Remembrance Of Things Past: Michael Jackson’s “Thriller” video- World Premier- Friday December 2, 1983. There was a time when music videos were a big deal and MTV- which is now firmly in the toilet culturally- showed music videos all day and all night. If a history of music videos were to be written- the biggest and most famous music video would be easy to select- Michael Jackson’s “Thriller” video wasn’t just a video but an event. Coming in at 13: 42- it was as much a movie short as a music video. Vincent Price was the narrator. After seeing the movie An American Werewolf In London- Jackson contacted the movies director John Landis and signed him up for the video-movie. It cost half a million dollars to make which was much more than any other video had ever cost. The video was filmed at the Palace Theater in downtown Los Angeles. Ola Ray starred as Michael’s girlfriend. They also made a Making Of Michael Jackson’s Thriller documentary.  MTV paid $250,000 to have the rights to the making of documentary. The release of the video doubled the sales of the album-which was already huge. ‘Thriller” was the 7th and final single from the album and reached #4 on the Billboard Hot 100. All seven singles made the Top 10. At the time the video was made sales had been declining on the Thriller album- and Michael Jackson was obsessed about sales figures- and came up with this plan to return the album to the top of the charts. It worked. The album is the best selling album of all time with sales of 66 million worldwide- a record which I feel safe in saying will never be broken.