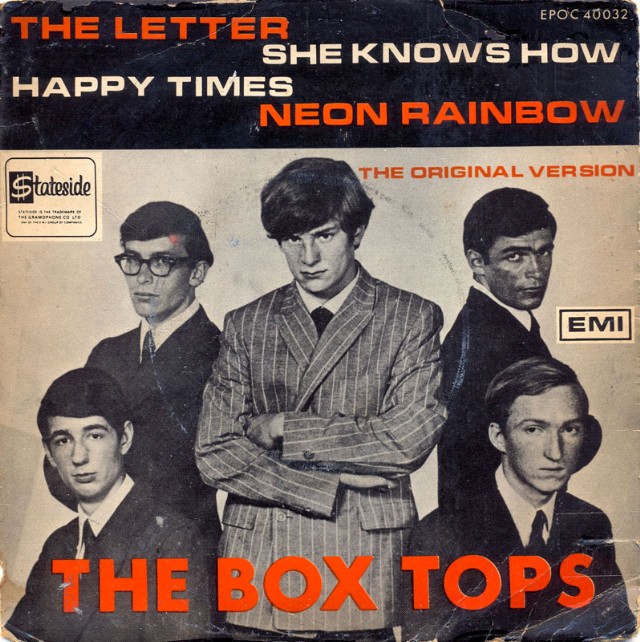 “The Letter”- The Box Tops was the groups first and biggest hit during their brief career. It has always fascinated me that the singer of the song- Alex Chilton was only sixteen years old, he sure sounds a lot older. Of course Chilton would on in the early 70’s to lead the under appreciated but truly great American Beatles- Big Star.

The Letter has been a much covered song- but the Box Tops version is the best and was ranked in Rolling Stone’s 500 Greatest Songs Ever list at #372. The Rock and Roll Hall of Fame has it among the 500 Songs That Shaped Rock and Roll. It was nominated also for a Grammy for Best Performance by a Vocal Group. “The Letter” clocks in just under 2 minutes in length.