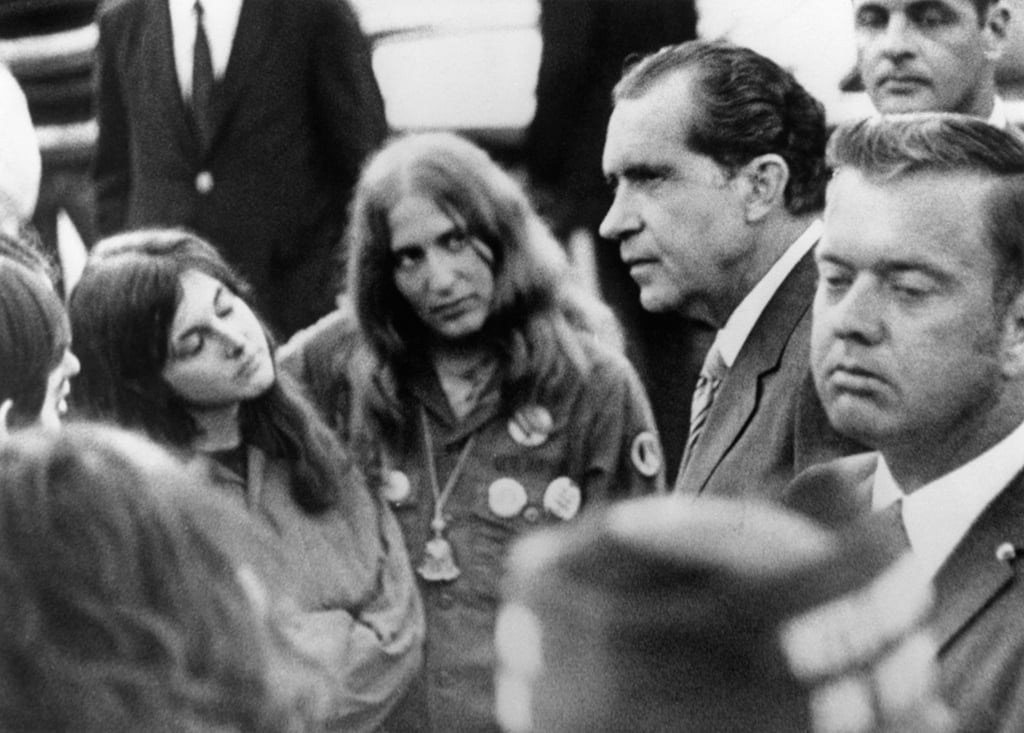 President Richard Milhous Nixon was a strange man- even his most ardent defenders and he has many would have to admit that. Awkward. Poor people skills. One of the strangest episodes of his presidency happened in the early morning hours of May 9, 1970- 50 years ago today. Nixon sneaked out of the White House by walking down to the Lincoln Memorial at 4:55am in the morning- just hours before a large anti-war protest was to begin. Nixon woke his valet Manolo Sanchez and asked him to come along on a visit. He went down to the Lincoln Memorial and talked with about eight demonstrators- pictured above. The group increased to about 50 as the word got around that Milhous was there chatting with students. Nixon then left with the parting words “Go shout your slogans on the Ellipse. Just keep it peaceful.” Hours later 100,000 demonstrated peacefully in the anti-war event organized by the New Mobilization Committee to End the War In Vietnam. It was just one of many demonstrations that took place that day in the United States.

21 responses to “REMEMBRANCE OF THINGS PAST- THE NIGHT OF THE WEIRD- SATURDAY MAY 9, 1970- NIXON GOES DOWN TO THE LINCOLN MEMORIAL”