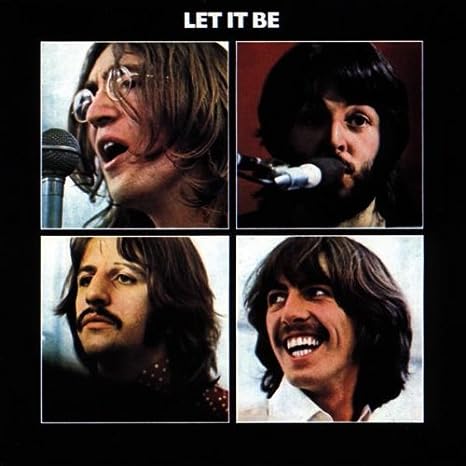 The Beatles started working on Let It Be- then known as the Get Back project. It was Paul’s idea to reinvigorate the band by returning to their roots. The process would also be filmed- and became the Let It Be album. By April 1969 the single “Get Back” was released but unhappy with the mixes of the album it was set aside. The Beatles brought in the most famous producer in rock and roll history- Phil Spector to make heads or tales of what was in the can. The end result didn’t please Paul McCartney who was unhappy especially with the orchestra and chorus overdubs on his “The Long And Winding Road.” The biggest mistake in that was made in my mind was leaving off John Lennon’s “Don’t Let Me Down” from the album.

Let It Be- is #11 of 13 in the rankings of my favorite Beatles albums. Which is not to say I think of it as a poor album- it faces tough competition. There were three #1 singles “Get Back”, “Let It Be” and their 20th and final #1 hit in the US “The Long And Winding Road.” The album went to #1 and the documentary movie was while somewhat sad to watch was successful. This fall director Peter Jackson will have a new documentary in the theaters [hopefully} from the Let It Be sessions.