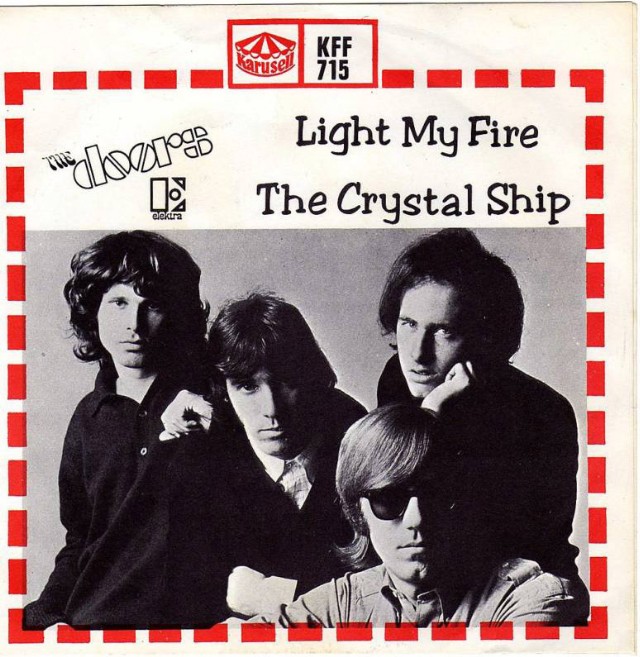 The Doors I find one of the most overrated rock band ever-but the first album The Doors was a great album- and “Light My Fire” while not my favorite Doors song is their signature song. It was written for the most part by guitarist Robby Krieger but the writing credit went to the entire band. While the last song at #1 “Windy” by The Association doesn’t fit at all into 1967’s “Summer Of Love”- “Light My Fire” fits in perfectly to any soundtrack of that year. When The Doors appeared on The Ed Sullivan Show- they had a problem with the line “girl we couldn’t get much higher”- and the band agreed to change it to ‘girl we couldn’t get much better”- but Jim Morrison stuck it to Ed and sang the original line! Sullivan refused to shake his hand as they left the stage. The Doors were told they would never do the Sullivan Show again- to which Jim replied “We just did the Sullivan Show.”  I like the longer unedited album version which runs over 7 minutes to the edited single which is less than 3 minutes.