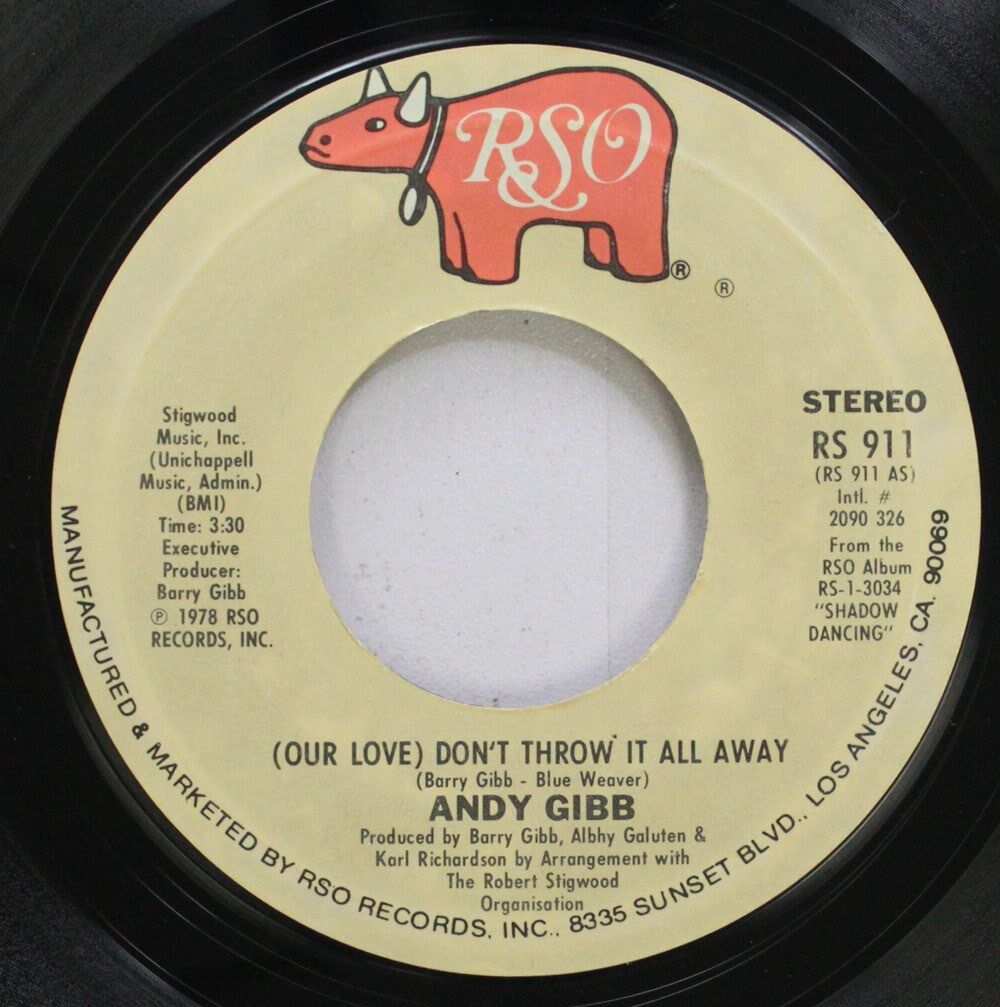 Song Of The Day Challenge- Day 8- A Song That’s Your Guilty Pleasure: [Our Love} Don’t Throw It All Away}- Andy Gibb.  When Andy Gibb was popular in the United States in 1977-78- he had 3 #1 hits and 6 Top 10’s in those two years- I was 16-17 years old and liking cool music. I couldn’t admit to liking a song from Andy Gibb- or anything like a disco song. I had the Saturday Night Fever album- but so did everyone. I didn’t brag about it or tell anyone I had it. A couple comments by artists I respected changed it. One was about this song- which I must say I secretly loved. I was reading an article on Randy Newman probably in Rolling Stone where he sang the praises of {Our Love} Don’t Throw It All Away.” The other comment was on another artist- in one of John Lennon’s final interviews he raved on Donna Summer’s “Cold Love.” I was also secretly a big Donna Summer fan. Hearing Newman and Lennon praise songs that it wasn’t particularly ‘cool” to admit liking changed my outlook. Its okay to like and admit to liking songs/artists that aren’t perceived as being ‘cool.” I started shocking fans with pronouncements on different songs – and especially about the greatness of Donna Summer. What makes this song great of course- is the song- it was written by Bee Gee Barry- brother of Andy. Barry Gibb is I believe underappreciated. The Bee Gee’s were so hugely popular in the late 70’s especially that there was a back lash as the 80’s began. Music tastes had changed and people had heard enough. The Bee Gees recorded “{Our Love} Don’t Throw It All Away” during the Saturday Night Fever sessions but it wouldn’t be released until their Greatest Hits a couple years later- meanwhile Andy Gibb recorded it for his second album Shadow Dancing- and as a single it peaked at #9. A few months ago I saw Andy Gibb’s first two albums for $1 at an antique store and had to buy them. Andy Gibb certainly wasn’t a great artist- but this is a great single. I even like it more than I do the version by his brothers.

11 responses to “SONG OF THE DAY CHALLENGE- DAY 8- A SONG THAT’S YOUR GUILTY PLEASURE: “{OUR LOVE} DON’T THROW IT ALL AWAY”- ANDY GIBB”