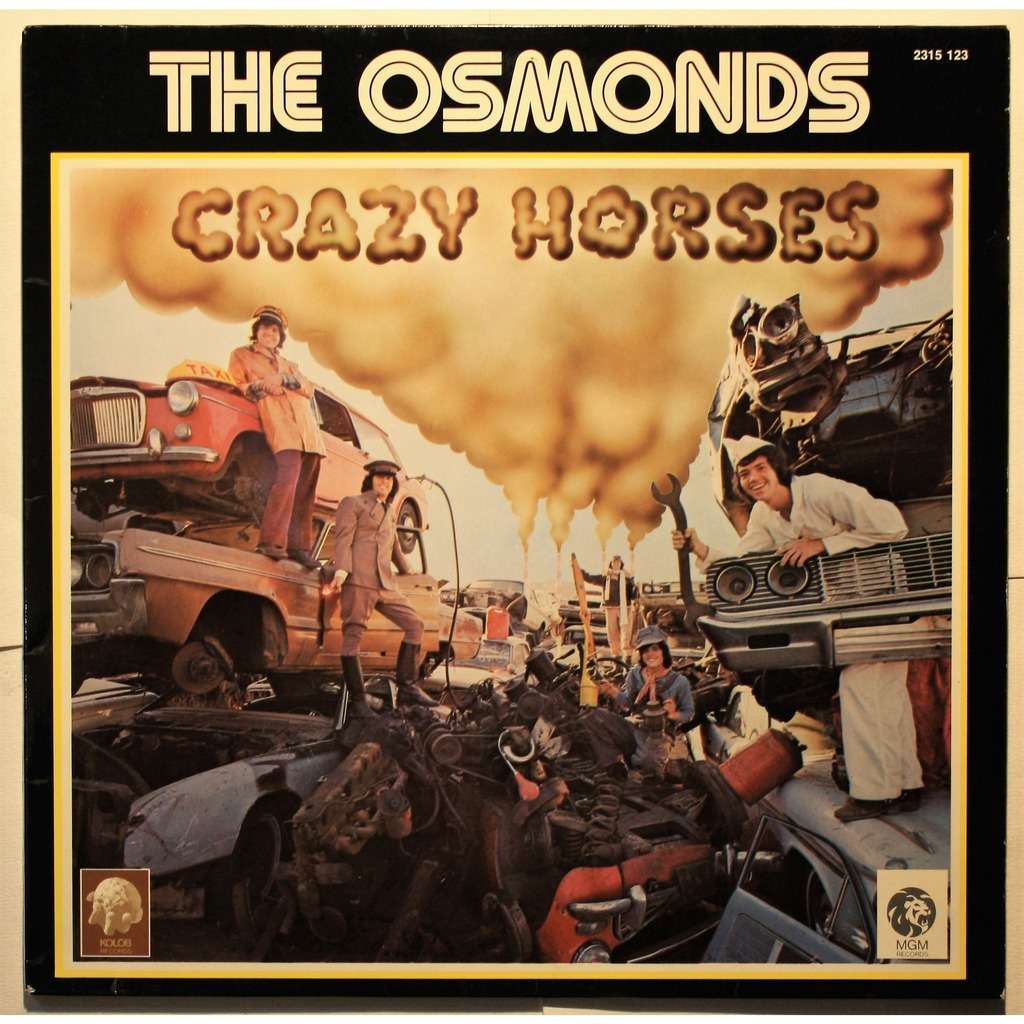 Song of the Day Challenge- Day 8- A Song That’s Your Guilty Pleasure- Part II: “Crazy Horses”- The Osmonds.  After writing up the Andy Gibb song I realized I had missed an opportunity to pay tribute to a group I always make fun of- The Osmonds. I have a theory that even the worst of bands could possibly have one great song in them. With “Crazy Horses” The Osmonds proved just that. “Crazy Horses’ was a #14 hit on the US Billboard Hot 100 and a #2 on the UK Singles Chart. It is the only hit by the group where Jay Osmond was the lead singer. Merrill Osmond said of “Crazy Horses”-Before that, my brothers and I had been what’s now called a boyband: all our songs were chosen for us by the record company. But now, having been successful, we wanted to freak out and make our own music. We were rehearsing in a basement one day when Wayne started playing this heavy rock riff. I came up with a melody and Alan got the chords. Within an hour, we had the song. I had always been the lead singer, but I sang Crazy Horses with Jay. The line “What a show, there they go, smoking up the sky” had to be sung higher, so I did that and Jay did the verses because his voice was growlier, and this track was heavier than anything we’d ever done.” They should have done more songs like this. The first time I heard this song I was shocked when they the DJ said it was The Osmonds. I wouldn’t have been more surprised if I had walked back stage at a Lawrence Welk concert and seen him snorting a few lines of coke.