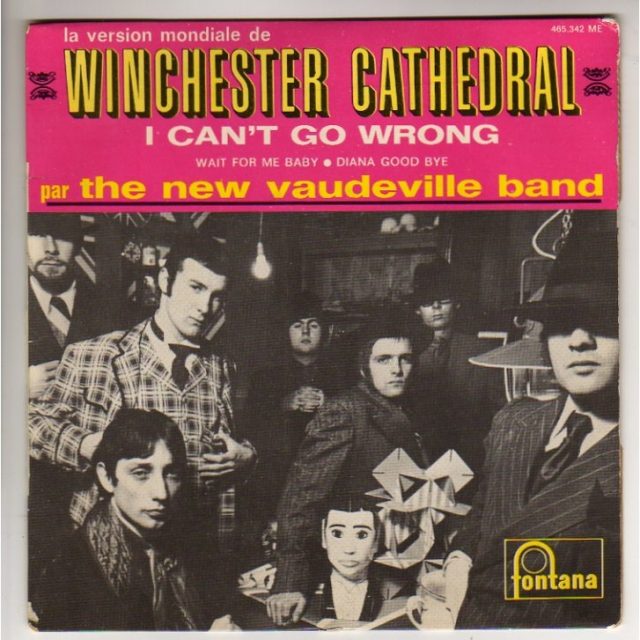 The New Vaudeville Band were truly and thankfully one hit wonders in the United States. Other than this they had a single which peaked at #72 and that was all their Hot 100 action. The New Vaudeville Band were a novelty act from the United Kingdom. The band was formed by and the song written by songwriter/ producer Geoff Stephens. “Winchester Cathedral” of course won a Grammy for Best Contemporary Recording. If you study the Grammy Awards in the 60’s and 70’s you have to wonder who was voting for these awards- a bunch of squares? Stephens was- I imagine he still is-he’s 85 now- a fan of the old British music hall era- and this song has it’s Rudy Vallee soundalike [now there is a name you don’t hear much anymore} The song is just annoying- to get the megaphone sound the singer sings through his hands. About the only interesting note I came across about The New Vaudeville Band – they were managed by Peter Grant who later went on to manage an outfit called Led Zeppelin.