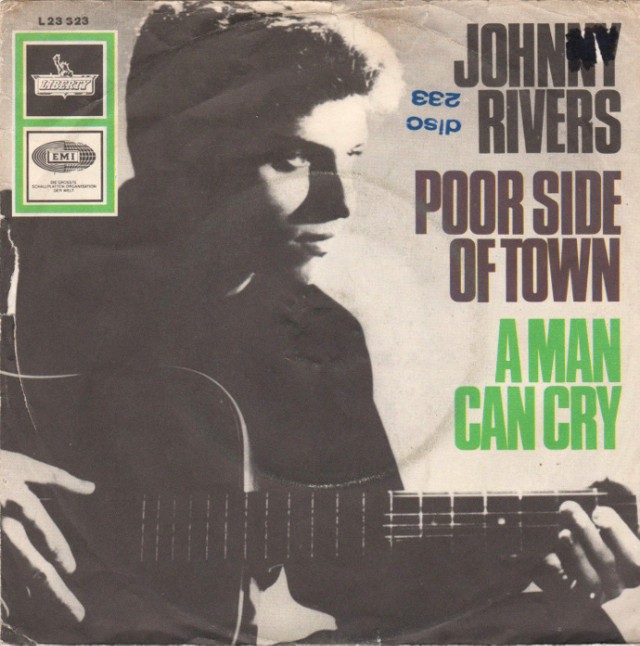 Johnny Rivers had a lot of success on the pop charts from the early 60’s until the late 70’s- “Poor Side Of Town” was his only hit. Produced by Lou Adler- a west coast producer [the guy usually sitting next to Jack Nicholson at Lakers games} and backed up by The Wrecking Crew- [drummer Hal Blaine being involved almost assured it would go to #1} The song was a change in sound for Rivers from his earlier hits- to a pop-soul sound. This doesn’t sound like a #1 hit to me- when compared to a lot of other big hits from the era rather run of the mill.