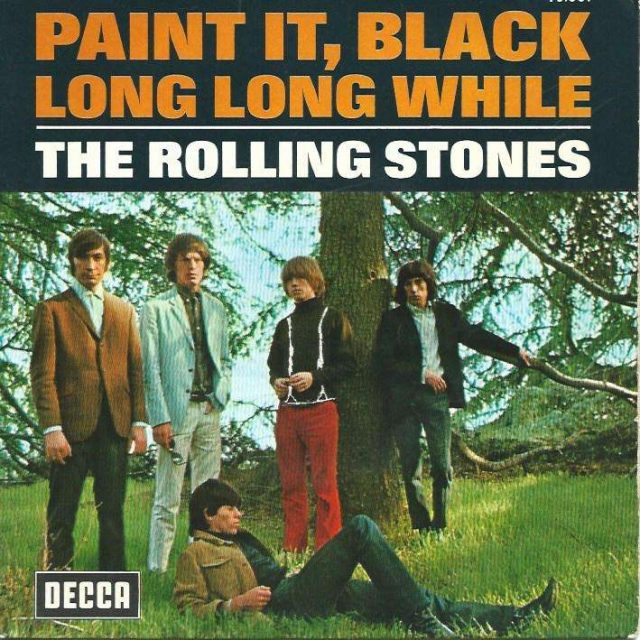 The founder of The Rolling Stones Brian Jones was still engaged in 1966 and was like George Harrison of The Beatles learning to play the sitar. George had already included the sitar on The Beatles “Norwegian Wood”- and on “Paint It Black” Brian introduced it here on “Paint It Black”- a great example of something great coming out of the Beatles/ Stones friendship-rivalry. It was the first #1 with the sitar in it. The music is to me the key to this song- even more than the lyrics- The Stones are at the top of their game musically here with Jones sitar, Watts drums, Wyman’s  heavy bass sound and Keith Richards acoustic guitar. “Paint It Black” became the 3rd #1 in the US and 6th #1 in the UK for The Rolling Stones. At one point early in its recording history the Stones were dissatisfied with the recording and considered just strapping it. Luckily they stayed with it and worked it out. A Stones classic!