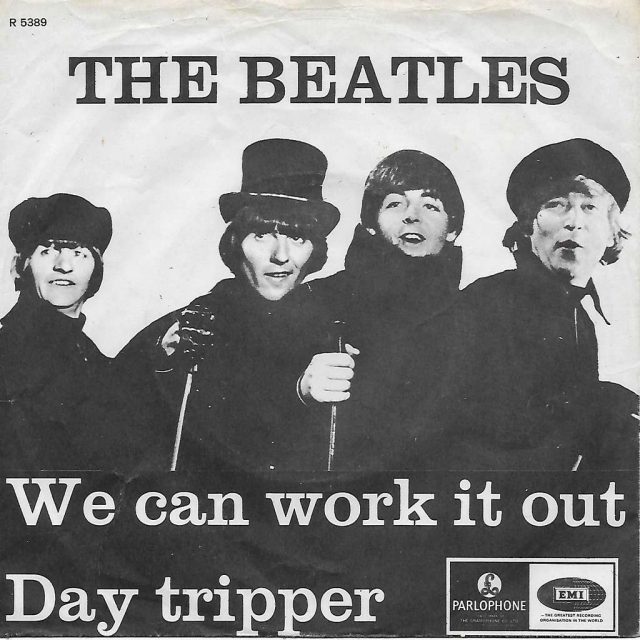 John Lennon and Paul McCartney by this time were pretty much doing their own thing as far as the songwriting goes- but this was a collaboration between the two. The song was done in the Rubber Soul era but wasn’t put out on Rubber Soul- it would come out on the Red Album after all was said and done in the early 70’s. The song The b-side “Day Tripper” written by John is I think the best of the two but both are outstanding songs in my book- as a single it went to #5. Lennon wanted it to get the push for the a-side but they ultimately decided on “We Can Work It Out” as being more listener friendly.  “We Can Work It Out” was inspired by an argument Paul had with his girlfriend at the time actress Jane Asher. Where John Lennon comes into this is the “life is very short” part of the song. That is George Harrison on the tambourine which sticks out in a positive way.