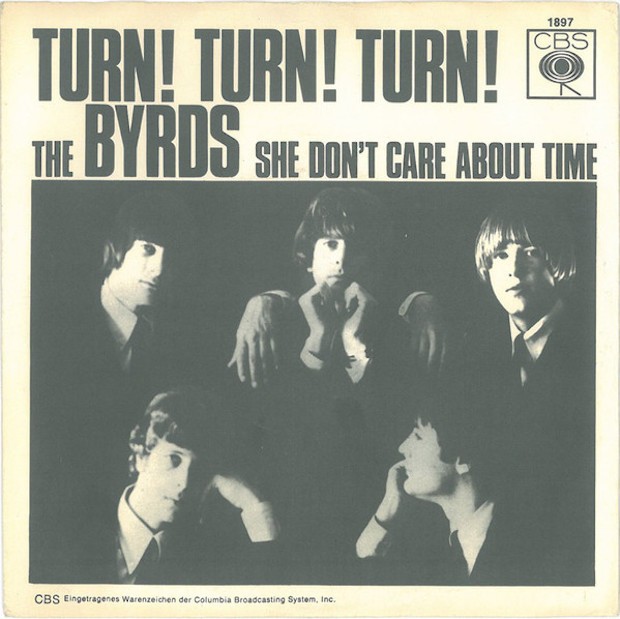 The original version of “Turn! Turn! Turn!” was by Pete Seeger and was recorded by Seeger in 1959.  Except for the title the lines came from first eight verses of the third chapter of the biblical Book of Ecclesiastes. The folk group The Limeliters in 1962 and Seeger released his version a few months later. It wasn’t until it got into the hands of The Byrds that it became a big hit. Earlier in the year The Byrds turned Bob Dylan’s “Mr. Tambourine Man”- electric and went to #1- and they had their second #1 with “Turn! Turn! Turn!” The credit for turning this song into a folk rock song goes to Jim McGuinn The Byrds lead guitarist. The key to the singles success is McGuinn’s jangling twelve string Rickenbacker guitar and the vocal harmonies. Pete Seeger even approved. This song seems to be always included on those retrospectives of the 1960’s- with its call for peace in the era of the Vietnam War. It was also included on the soundtrack of the Ken Burns documentary series The Vietnam War.