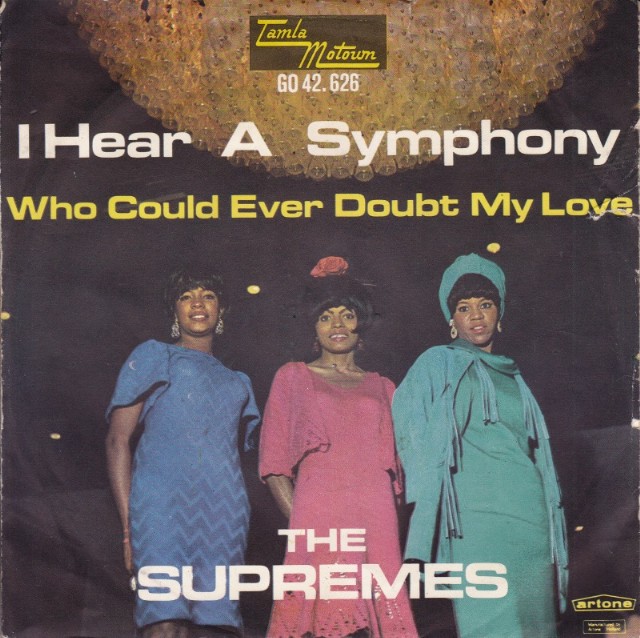 In 1965 The Beatles had four #1 hits- right behind them were The Supremes with 3. The Byrds, Herman’s Hermits and The Rolling Stones all had 2 #1’s that year. “I Hear A Symphony” was the 6th Supremes #1 in two years. After failing to hit the Top 10 with “Nothing But Heartaches”- Motown Czar Berry Gordy was ticked off and released this directive “We will release nothing less than Top Ten product on any artist; and because the Supremes’ world-wide acceptance is greater than the other artists, on them we will only release number-one records.” So the songwriting team of Holland-Dozier- Holland broke the formula and came up with something different. Backing The Supremes- the great Funk Brothers. In a 1968 interview Diana Ross said that “I Hear A Symphony” was one of her favorite songs to perform.