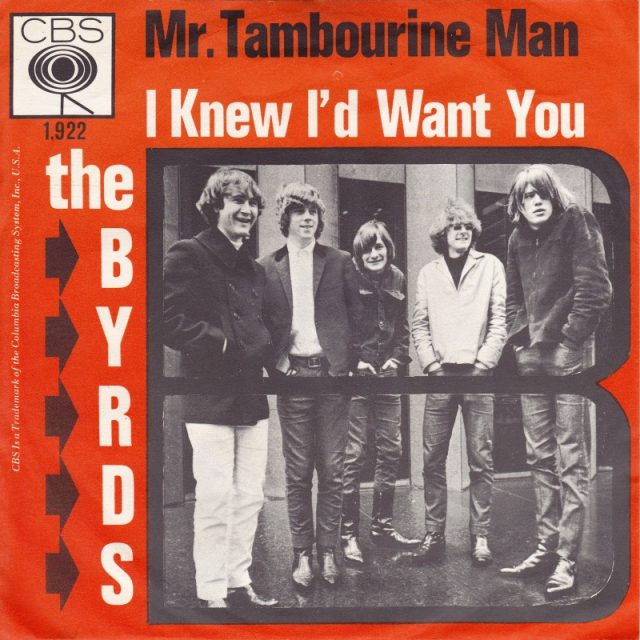 Bob Dylan as a solo artist- never went to #1 with a single- he has never really been a singles artists but he did get to #2 with 2 singles- “Like A Rolling Stone”- which is certainly one of the greatest rock singles ever went to #2 in 1965 and in 1966 another #2 with “Rainy Day Women #12 and #35.” “Mr. Tambourine Man” a cover of a Bob Dylan song from his 5th album Bringing It All Back Home- is the only song Bob ever wrote that went to #1.

The Byrds played on this album but producer Terry Melcher lacked confidence in their musicianship so he brought in members of The Wrecking Crew to play on their debut album including Leon Russell and the ever present drummer Hal Blaine who seems to have played on everything in the 1960’s.  “Mr. Tambourine Man” was the first song on the first Byrds album and their initial single. While the Byrds had commercial success initially- they didn’t overall have as many hits as they deserved- but they were a big influence on a number of other acts.  The success of “Mr. Tambourine Man” would encourage Dylan to go electric.