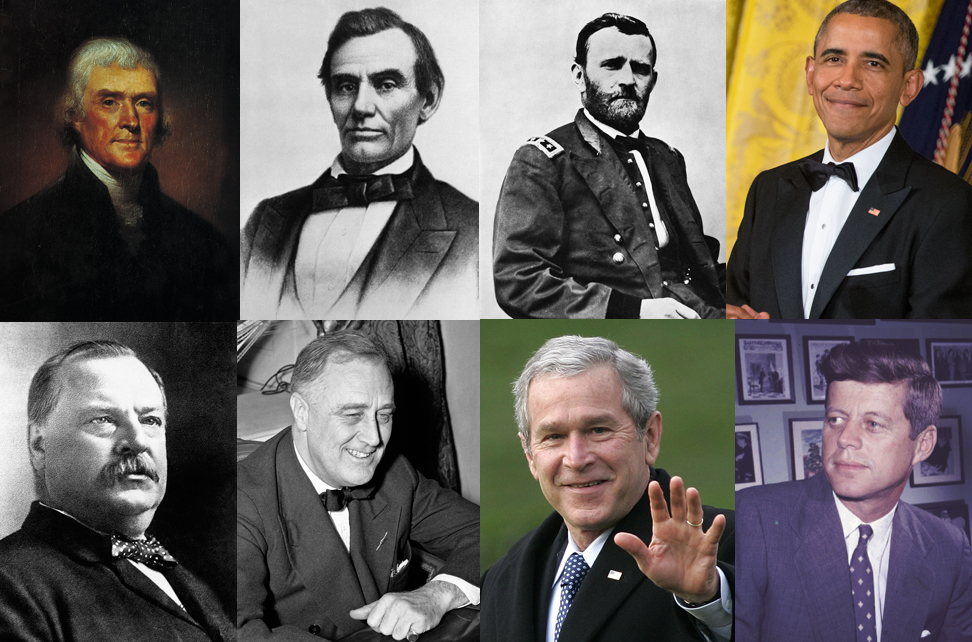 1- Name the 5ive POTUS who had never been elected to any political office before being elected POTUS.

2. Not counting when 2nd POTUS John Adams was POTUS and George Washington was dead… when was the only time from that point on when there were no-living former Presidents other than the current POTUS?

3. What POTUS fathered the most children and how many?

4. Who was the youngest POTUS?

5. Who was the last POTUS who didn’t go graduate from  college?