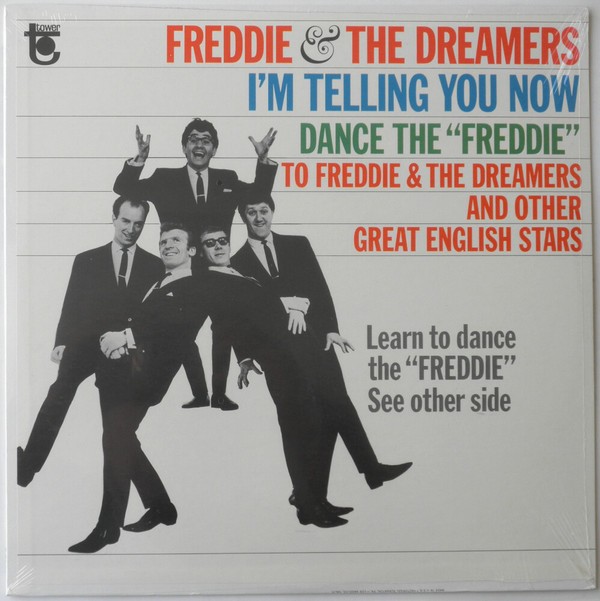 “I’m Telling You Now’- was the first of four Top 40 singles in the US by Freddie And The Dreamers. The band from Manchester, England was fronted by 5’3” Freddie Garrity. They were much more successful in their native England-where they had seven Top 40 hits with 4 of those making the Top 10.  “I”m Telling You Now” was a couple years late to the US- it was a #2 hit in the UK in 1963.  Garrity  who prior to getting into music was a milkman- would inspire a dance called “The Freddie”- he would bounce around the stage with his arms and legs flying. Dorks playing dork music.