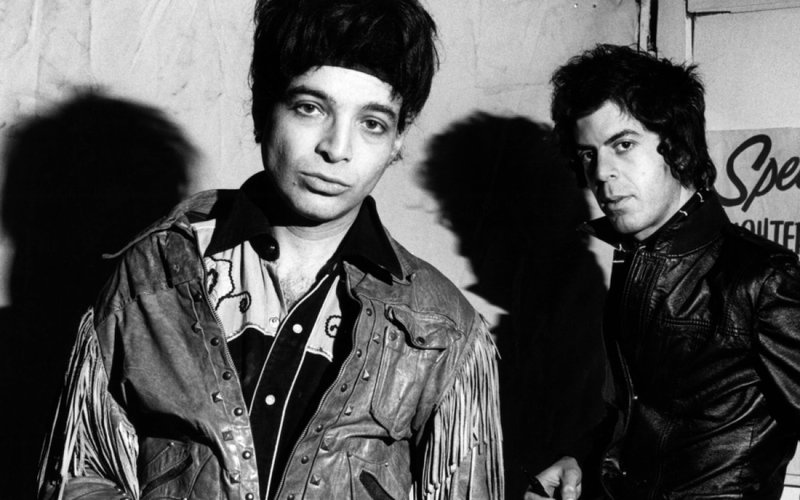 I Love The Smell Of Punk In The Morning:” Frankie Teardrop”- Suicide.

Suicide which were composed of Alan Vega -singer and Martin Rev -instrumentalist originated out of New York City. Their debut album- the self-titled Suicide came out in 1977. Another band who was more of an influence on others than a commercial success.  Bruce Springsteen has said that their debut inspired his Nebraska album for example. This album is listed in the book 1001 Albums To Hear Before You Die.

“Frankie Teardrop” is a 10:26 song which dominates most of side 2 of the album- it is about a young poverty stricken factory worker whose destitution drives him to insanity. One day he comes home murders his wife and child and commits suicide- and then goes to hell. Not the feel good song of the decade. Nick Hornby featured this song in his 31 Songs book a couple decades ago.{I Wish he’d do another book like that} Hornby described “Frankie Teardrop” as a song you only needed to listen to once. Lou Reed once said he wished he had written the song. Pitchfork in a review called it “Taxi Driver- The Musical.”

4 responses to “I LOVE THE SMELL OF PUNK IN THE MORNING: “FRANKIE TEARDROP”- SUICIDE”