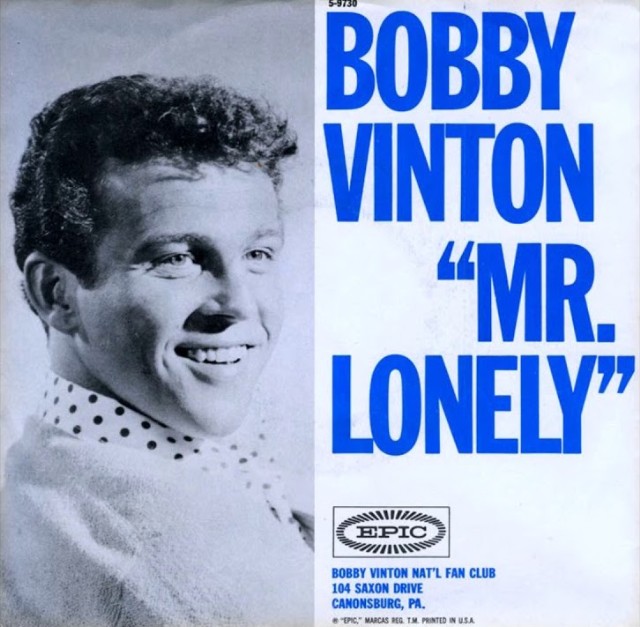 The British Invasion in 1964 didn’t seem to be hurting Stanley Robert Vinton of Canonsburg, Pennsylvania. Vinton had 4 Top 20 hits in 1964- and in October 1964 “Mr. Lonely” became his 4th and final career #1 hit. The song had been recorded over two years earlier during the same session that produced his first hit [and first #1} “Roses Are Red.” Vinton began to write this song back when he was in the army-the song is about a soldier who is overseas and having no communication with home.