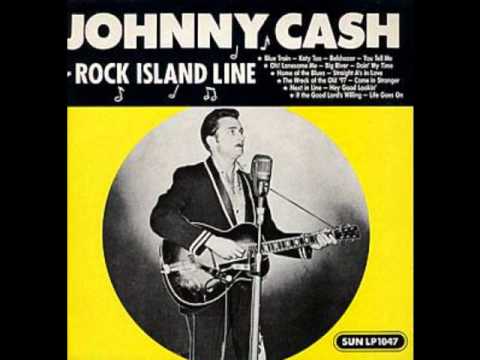 “Rock Island Line” was first recorded back in 1929- it is an often recorded song and the songs lyrics over the years have changed according to the artist covering it. The American folk song is about the Chicago, Rock Island and Pacific Railroad. The first known version was written by Clarence Wilson a member of the Rock Island Colored Booster Quartet.

Johnny Cash originally recorded the song back in 1957. The single was re-issued in 1970- with Cash riding a new peak in popularity. This single peaked at #93 on the pop chart and #35 on the country singles chart. Cash added to verses to the song- one about a train coming down the track and the second about an engineer indicating two beverages he wanted to try before he dies “a hot cup of coffee and a cold glass of tea.”