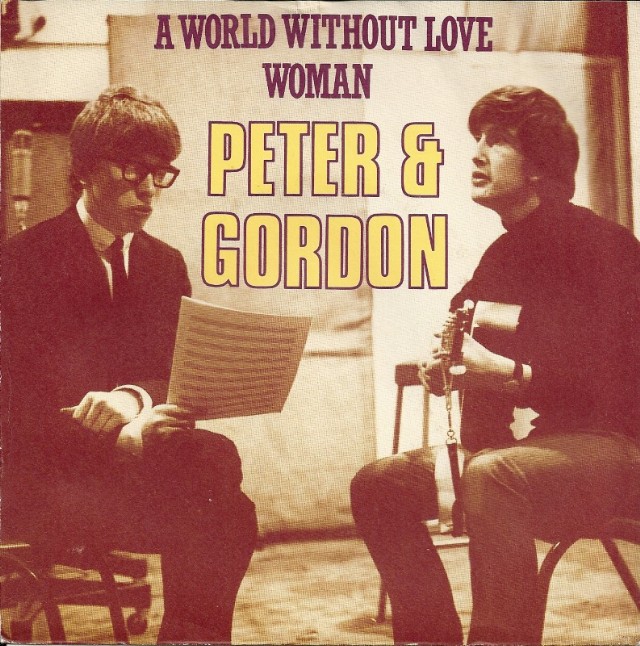 The Beatles had 4 #1 hits in the first half of 1964. They can at least get an assist on this one. While the song is credited as a Lennon- McCartney song- this song was written by Paul McCartney when he was sixteen years old. Paul gave it away to Peter and Gordon because John was against The Beatles recording it- reportedly he thought the opening line “Please lock me away”- was stupid. John was the dominating voice in the group at this point in time. Peter Asher was the brother of Paul’s girlfriend at the time Jane Asher. Peter recently released a book on The Beatles and has a weekly program on The Beatles Channel- dealing of course with The Beatles. While this song did go to #1- I tend to agree with John- this wasn’t a good enough song for The Beatles to record–but in 1964 even Beatles throwaways – in the hands of others could go to the top.