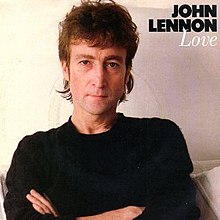 The Beatles Top 60 Solo Songs- #54: “Love”- John Lennon. “Love” from John Lennon’s solo debut “Plastic Ono Band” album released in 1970- is a song that doesn’t seem to fit on that album- it is an upbeat song whereas the theme of the album seems to be pain-brought on by John and Yoko undergoing primal scream therapy. There are only two musicians playing on this song- John on vocals and acoustic guitar and producer Phil Spector on piano. John considered releasing “Love” as a single but went with “Mother” instead. The picture above which was the single cover released in 1982 was taken by famed photographer Annie Leibovitz on December 8, 1980- the day John Lennon was assassinated.