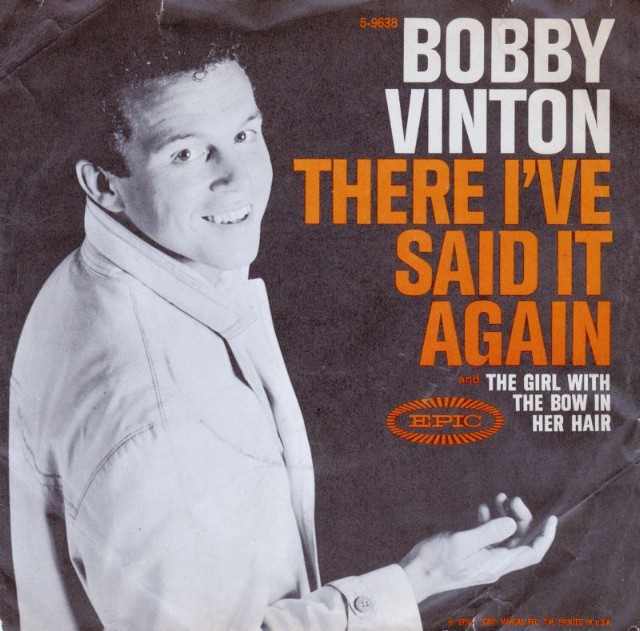 “There! I’ve Said It Again” was originally popular in 1945 with Vaughn Monroe’s version. Bobby Vinton’s version was the first #1 song of 1964- and marks the end of an era. This song is a piece of crap and symbolizes a lot of the problem with popular music of the era. There were great things going on without question but when you look at the #1 hits in 1963- and this one- you have to wonder what was wrong with the American music listening public. The single would stay at #1 through out January of 1964 but who would have guessed on January 4th when this hit #1 that within a month that the world would be changed.