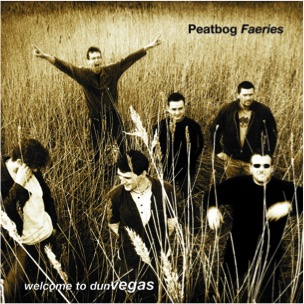 Peatbog Faeries are a Scottish Celtic fusion group that were formed in 1991 with their debut album arriving in 1996.  Over the years they have released six studio albums and two live albums. “Wacko King Hako”- an instrumental was on their 2003 album Welcome To Dun Vegas.