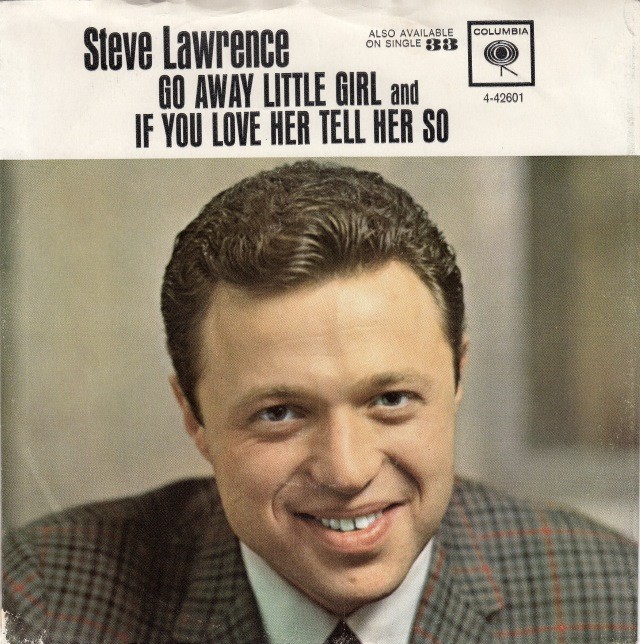 Looking at the 20 new #1 hits from 1963- it makes me look forward to mid February when we will be into 1964 and The Beatles and a major upturn in the quality of music. I didn’t think a whole lot overall of the #1 hits in 1962 and glancing at 1963- it looks even worse. While of course there was good music in 1962-63 they are never mentioned as great years for rock/ pop music.

Steve Lawrence was born Sidney Liebowitz in Brooklyn in 1935. He is of course best remembered for the duo he formed with his wife Eydie Gorme aka Edith Gormezano. “Go Away Little Girl” was the first of 9 singles that went to #1 by two different artists- the other version that went to #1 was by Donny Osmond in 1971. Bobby Vee was the first to record the song written by the great Goffin and King songwriting team.  Other hits with this song- Happenings #12 1966 and of course the Osmond train wreck. “Go Away Little Girl” was not one of Goffin/ King’s greatest moments. Rather embarrassing to be honest.