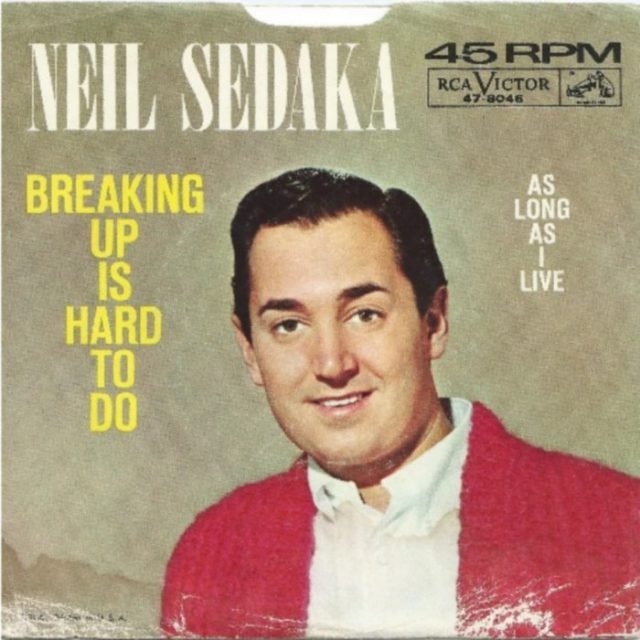 Neil Sedaka was only 23 years old when “Breaking Up Is Hard To Do” hit #1 the first of an eventual 3 #1’s he would have in his career- but he always looked/ seemed older than his age to me. Not a year or two older but a decade older. I always think of actor Karl Malden that way too- even when Malden was a young man he seemed older.

When I was younger I tended to get Neil Sedaka and Paul Anka confused. I don’t know why that was the case- clearly Sedaka is the more talented of the two. They look nothing alike. Sedaka is Jewish and from New York City- Anka is from Canada and is of Lebanese descent.

Neil Sedaka has had 31 Hot 100 singles with 21 making the Top 40. He went from late 1963 until 1974 without a hit- The Beatles/ British Invasion were not good for his career but in 1974 Elton John signed him to his record company- and he was back- with a #1 in “Laughter In The Rain” and “Bad Blood” where Elton was on backing vocals.