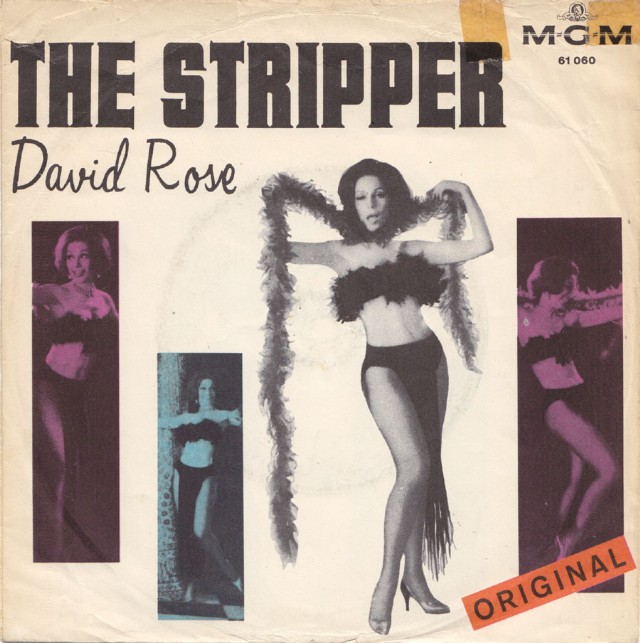 As far as #1 hits go- 1962 was a strange year- not many singles reached the top which I would say was worthy of the accomplishment.  Like the Mr. Acker Bilk #1 in late May- “The Stripper” is an instrumental and a one-hit wonder. David Rose and His Orchestra did place 6 singles into the Hot 100 from 1955- 1962 but this is the only Top 40 hit they had- and like Bilk they made it count- it being a #1.

David Rose was born in London in 1910 but raised in Chicago. He is noted as a conductor/ composer and arranger for movies and television shows- most notably- The Red Skelton Show, Bonanza and Little House On The Prairie. He is most famous though for his wives he was married to Martha Raye from 1938-41 and to Judy Garland 1941-43.  Rose was the first of five husbands that Garland eventually had. Rose died in 1990 of a heart attack at the age of 80.

“The Stripper” as a #1 hit was an accident. It had been recorded in 1958 and when it was released four years later it was meant to be the B-side to “Ebb Tide.” “The Stripper” got on the B-side because Rose was away at the time “Ebb Tide” was to be released – the record company needed something to put on the B-side- and stuck “The Stripper” on the b-side. This is a song that you may remember from the Noxzema Shaving commercial and it has also been featured in a number of movies over the decades. I wouldn’t call this a great song but its memorable.