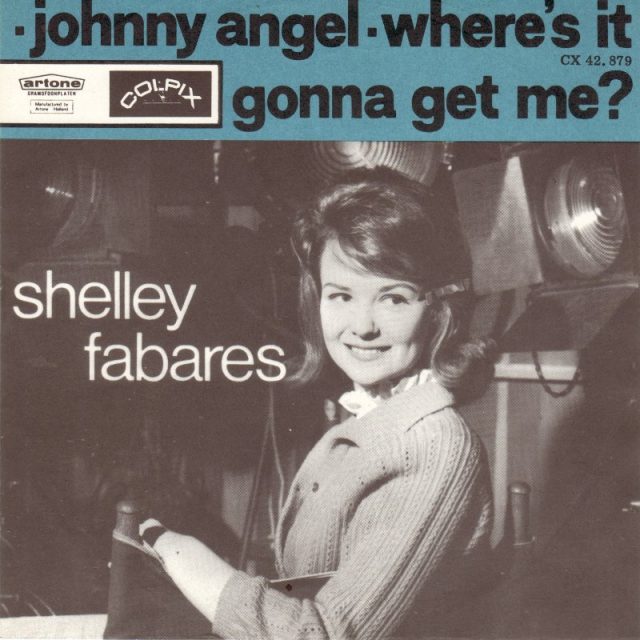 Shelley Fabares was an actress and not much of a singer but that didn’t stop her from having a #1 hit with her first single “Johnny Angel.” Shelley is the niece of actress Nanette Fabray and starred in three movies with Elvis Presley and played Mary Stone on The Donna Reed Show. From 1964-67 she was married to record producer Lou Adler. In 1984 she married actor Mike Farrell aka B.J. Hunnicutt of M*A*S*H fame. She only had 2 Top 40 singles the other one being the follow up to “Johnny Angel”- “”Johnny Loves Me” #22 in the summer of 1962.

“Johnny Angel” got a boost in its rise up the charts-it premiered on The Donna Reed show episode “Donna’s Prime Donna”- season 4 episode 20. There was some star power backing up on “Johnny Angel”- Donna Love sang background and Wrecking Crew members Glen Campbell- guitar, Hal Blaine who would end up playing on 40 #1 hits was on drums and Carol Kaye was on bass. The single didn’t go over as well in the UK Single Chart peaking at #41.