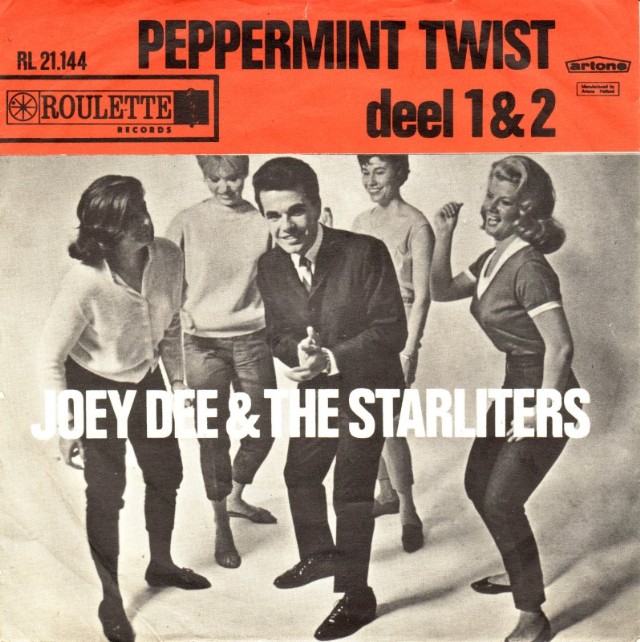 The single that replaced Chubby Checker’s second trip to the top with “The Twist”- was this “Peppermint Twist” by Joey Dee and The Starliters. I guess you had to be there- I wasn’t. I never understood “The Twist” craze.

Joey Dee And The Starliters were from New Jersey. Joey DiNicola had been a classmate in high school of The Shirelles. The band became the house band at The Peppermint Lounce in New York City in late 1960. Actor Joe Pesci played guitar for the band briefly in 1961.In 1964 after their hits had dried up three members who later formed The Young Rascals and Jimi Hendrix played in Dee’s band. Joey Dee & The Starliters had 9 Hot 100 singles from 1961-63 with 5 of them making the Top 40.