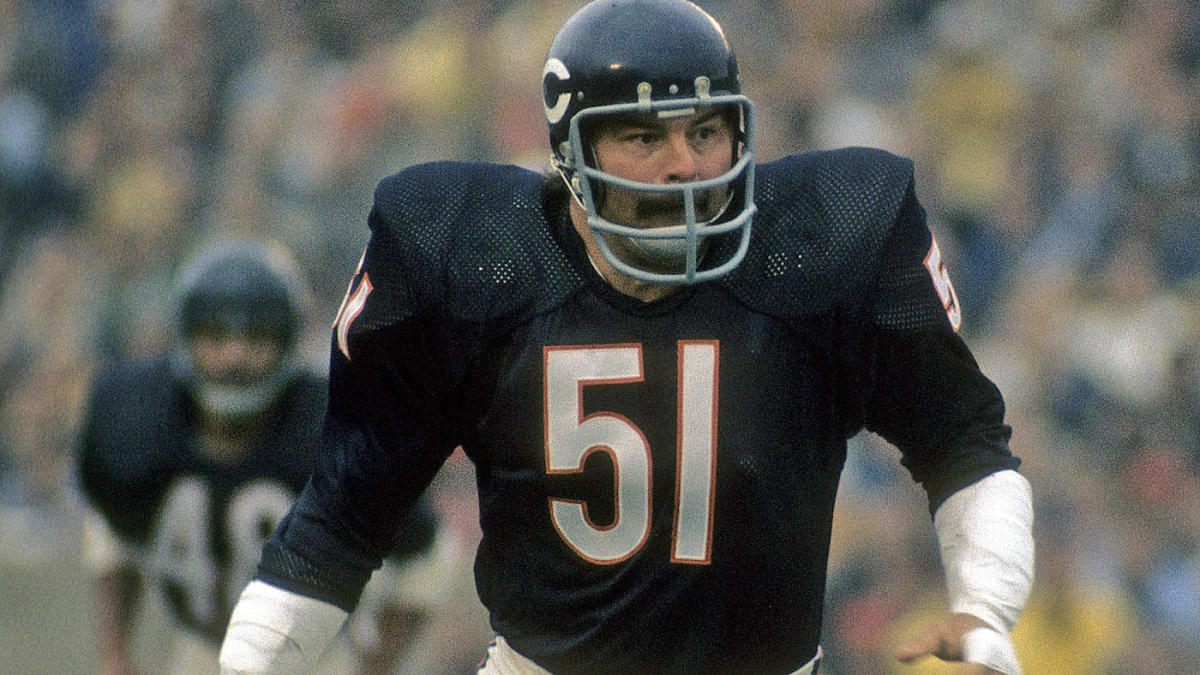 Two who I wish they had room for on the all-time team- Singletary and Thomas but it’s hard to argue with the dozen that they chose. I think as with the Defensive Lineman- the selection committee nailed it.  Coming up on Friday they will announce the Defensive Backs and Special Team players who will be part of the NFL 100.

Lewis: Derrick is so calmly spoken but when he gets on the field, it’s a different mentality. Sideline to sideline was what I was in awe with him about. From a weakside backer, the way Derrick Brooks scans the field, some of his interceptions were on the opposite side of the hash, places that you don’t supposed to come from if you’re a weakside backer.

Belichick: Well, I think I had the honor of coaching the greatest defensive football player in the history of the game. He helped make me a great coach. …LT’s rookie year, I mean, this guy could do it all, OK? Offense, defense, special teams, wherever you wanted him to play, he would have been a great two-way player if he had played in the two-way era.

Lewis: In 1986, I was 11 years old and my grandfather said, I want you to watch somebody, and I’m sitting there, and this TV comes on and it’s LT. It was a stream of four, five, six plays where I didn’t care about watching nobody else but actually watching his impact on hitting other men. And I’m watching this time after time again and now because I understand the science of it I’m watching you do this and I’m like they don’t want this fight.

Taylor: I got that mentality from my father. My father used to tell me, ‘You have to be better than the next man just to be equal.’ I’m proud, I’m happy, I’m content with the actions that I had on the football field. …I’ve been very fortunate to have some great coaching and even though I may not listen in meetings, I do listen on game day.

1979 Pro Football Hall of Fame Inductee… Named 1st-team All-Pro five times… Selected to Pro Bowl in eight of nine NFL seasons… Exceptional defensive star who became the gold standard for all MLBs… Skilled in creating turnovers, had 22 career INT, 27 fumble recoveries — an NFL record at time of retirement… Known as arguably the most feared and intimidating tackler in NFL history… Named to NFL’s All-Decade Team for 1960s and 1970s… Selected by the Chicago Bears in 1st round (3rd overall) of the 1965 NFL Draft… Two-time All-American at Illinois, 1963-1964… Born December 9, 1942, in Chicago, IL.

Belichick: Butkus in the middle really was a very physical linebacker. I mean, he was probably as big as the offensive linemen he was playing against then. Played with a lot of power and physicality …he was a big presence in the middle and a big personality, too.

Lewis: Butkus created why you don’t come in the middle of the field. He played the game the way a linebacker is always supposed to play the game. He’s that icon that every kid needs to research. Just go back and if you want to play the linebacker position, just go see why it was started. I think Dick Butkus is a big reason.

Greene: Jack was quick, fast, very bright. We’d call him “Jack Splat”; he helped bring the personality. And Jack’s power, not only in the running game, in the middle, on the inside, his ability to cover, he could get very deep.

Collinsworth: Inside, Willie Lanier looked like a guard. It looked like there was no way you could run through a hole because he was that wide to start with and if you tried to get through there, there was just no gap in there.

Two-time Super Bowl Champion… Started at MLB in four AFC Championship games… Hard-hitting LB and team leader on perennially punishing defense… Two-time NFL Defensive Player of Year in 2000 and 2003… Only player in NFL history with 40 sacks and 30 interceptions in a career… Earned seven 1st-team All-Pro selections… Elected to 13 Pro Bowls, most ever among linebackers… Named to NFL All-Decade Team for 2000s… Selected by the Baltimore Ravens in 1st round (26th overall pick) in 1996 NFL Draft… Two-time All-American at Miami (FL), 1994-1995… Born May 15, 1975 in Bartow, FL.

Belichick: You deserve it, you had 17 great years, you might have been the smartest. Seemed like you were always two steps ahead of the play that we were trying to run. Saw you do that against a lot of other people too. Ray, you’re one of the most complete players that ever played the game …hated playing against you. You could play the run, you could play the pass, you could blitz. You had great instincts, could handle the defense, you knew your team well, you knew what they could do and you certainly knew the opponent well and you know how to defend what they tried to do. So it’s obvious that your preparation paid off. I told Brady if you throw that Y shape on Ray Lewis, I’m gonna cut you. And Brady said ‘You know what if I throw that Y hook route on Ray Lewis, you deserve to cut me.’ You picked that off I don’t know how many times. Like, I’m sick of seeing it.

Belichick: Joe Schmidt had an immediate impact in the league. Very instinctive player. Joe ran well and just really had a knack for the ball …good all-around football player that just continued to make big plays on a very good defense.

Belichick: Junior Seau, in a lot of ways, reminds me of Ray [Lewis]. He had that same kind of passion every day, every minute. Football was fun for Junior Seau, it was work but it was fun …everybody loved Junior and Junior loved everybody but he worked very hard, extremely hard …when he stepped on the field, he was just one of those guys that just had an energy and had a vigor for the game that was truly unique and special. It was contagious, he was a great, great teammate.