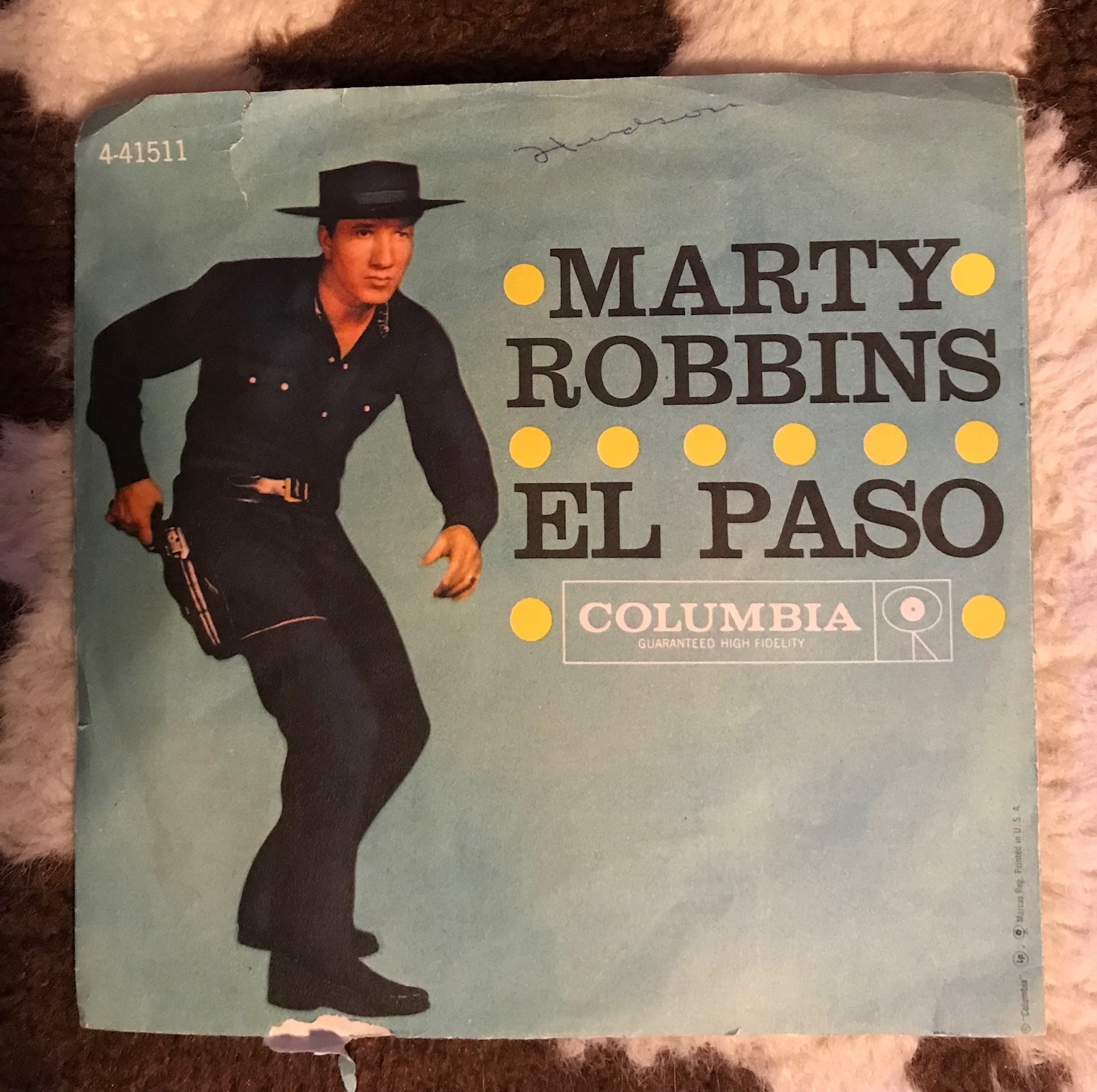 “El Paso” Marty Robbins signature song- was released on his Gunfighter and Trail Ballads album in September 1959. The song would be awarded the Grammy for Best Country and Western Recording in 1961. I can’t imagine that anyone over thirty hasn’t heard this song at least once. The time of the song 4 minutes and 38 seconds really sticks out in an era when hit singles seldom went over 2 and a half minutes. A great story song- Columbia at the time worried that people wouldn’t want the to listen to the longer version so they sent a promo to radio stations- one side the full version and one side edited to around 3 minutes- the full version was the one which the audience wanted to hear. The single went to #1 on both the Hot 100 and on the Country and Western singles chart. “El Paso” the first new #1 hit on the Billboard charts in the 1960’s -is a classic.