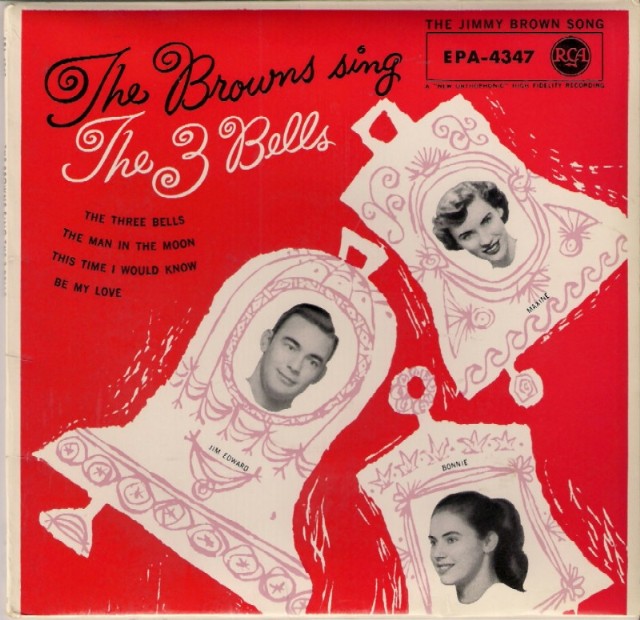 “The Three Bells” was the first and biggest hit from The Browns-featuring Jim Ed Brown and his sisters Maxine and Bonnie from Sparkman, Arkansas. From 1959-61 they would have 7 Hot 100 pop hits the first three making the Top 40.  They would chart 21 country hits from 1954-67. “The Three Bells” was a French tune written in 1945 called “Les Trois Cloches.” Edith Piaf was the first to record the song. The Browns version which spent 4 weeks in the top spot in the US- peaked at #6 in the UK New Musical Express chart.