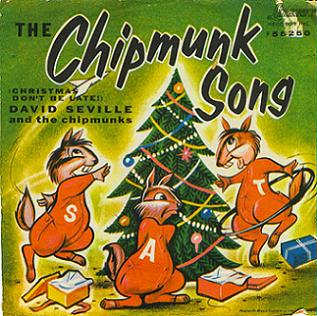 A Christmas novelty song which went to #1. It was sang and recorded by Ross Bagdasarian Sr. who went by the stage name David Seville. This piece of garbage actually won three Grammy Awards [ which tells you a lot about the Grammy Awards} in 1958 for Best Comedy Performance, Best Children’s Recording, and Best Engineered Record. It is also the only Christmas song to reach #1 since they began the Billboard Hot 100 chart in 1958. American Bandstand though got it right when in the rate- a record segment it received the lowest possible rating of 35 across the board.