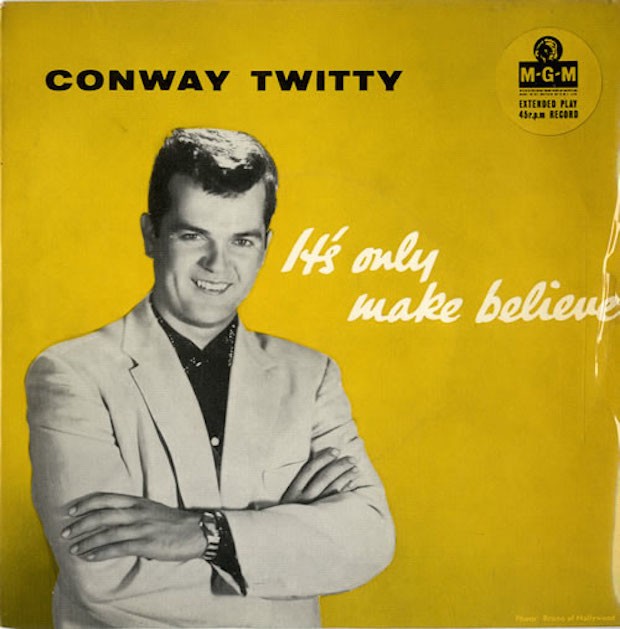 Conway Twitty was born Harold Jenkins- in 1957 he decided that wasn’t a good enough name for show business so he looked at a map and saw the towns of Conway, Arkansas and Twitty, Texas. Twitty is remembered today as a country artist- he eventually ended up with 40 #1 hits- a record until George Strait came along [he had 44} but until 1965 Twitty was a rock and roll singer. Before he went country he had 14 Hot 100 singles between 1957-62 with “It’s Only Make Believe” his biggest hit and only Billboard Pop #1. When the album was released “It’s Only Make Believe” was the b-side but DJ’s flipped “I’ll Try” over and liked the b-side more. It also went to #1 in the UK. In 1970 Twitty would record a duet of the song with Loretta Lynn on their first album of duets.