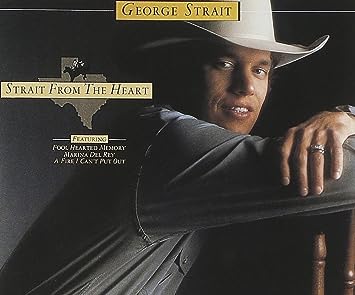 Three Chords and The Truth: Essential Country Music Songs: “Amarillo By Morning”- George Strait.  What artist has had the most #1 hits in their career on the country music singles chart? The answer is George Strait with 44. What is kind of odd is- “Amarillo By Morning” which I would call his signature song- only made it to #4.  The song was written by Terry Stafford and Paul Frasier and originally released in 1973 by Stafford. Stafford’s original peaked at #31 on the charts. It was covered by a number of artists but it wasn’t until George Strait covered it on his 1982 album Strait From The Heart-that it became a big hit.