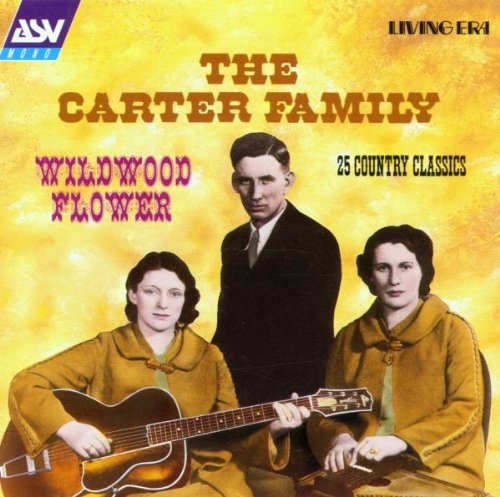 Three Chords and The Truth: Essential Country Music Songs: “Wildwood Flower”- The Carter Family.  “Wildwood Flower” started out as “I’ll Twine ‘Mid the Ringlets” written back in 1860 by Joseph Philbrick Webster who wrote the music, Maud Irving wrote the lyrics. Over the years the song evolved into other songs. The Carter Family recorded the song in 1928 and it was released in 1929 as the a-side of a 78 single with “Forsaken Love” as the b-side. “Wildwood Flower” is one of the most famous songs that The Carter Family recorded. The song is noted for the guitar work of Mother Maybelle Carter and her “Carter Scratch” technique. Mother Maybelle would years later in 1972 record the song again on the Nitty Gritty Dirt Bands iconic “Will The Circle Be Unbroken” album- and she also performed the song often in concert with her son-in- law Johnny Cash in concert and on his television show The Johnny Cash Show. A classic country song as old as the hills which I would bet most of you have heard before.